Luck has ran out on a teenage boy caught defiling a little girl in an uncompleted building. 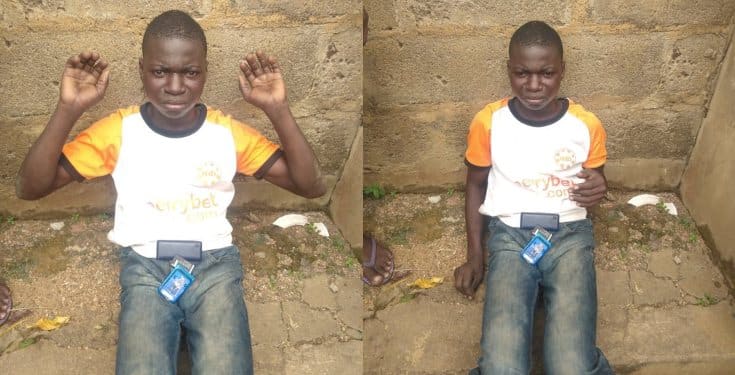 The rapist boy
A young man has been arrested after he was caught defiling a 6-year-old girl in an uncompleted building, today, June 1st.
According to Abdullateef, a Legal Practitioner who shared the story on Twitter, the little girl’s scream alerted people around.
The man confessed to penetrating the girl. Read the story below…
“This filthy, despicable, loathsome, vile animal was caught in an uncompleted building beside my house this morning sleeping with a 6 year old girl.
He has since been taken to the police station and the girl has been taken to the hospital for medical examination.
If not for my intervention, he wouldn’t have made it to the police station. Me sef chop beating small.
The victim’s mother was distraught, the girl was brave & it was her scream that alerted us.
I’m very sad & angry. When will these stop? We need to do better as a society.
Sadly the animal succeeded and he confessed to penetrating the little girl.” 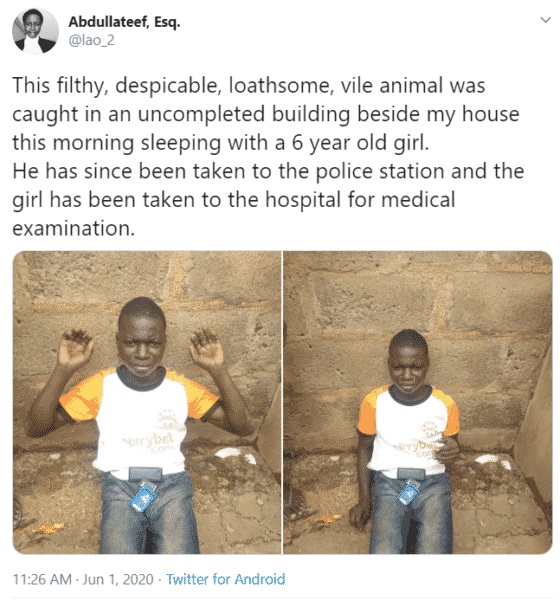 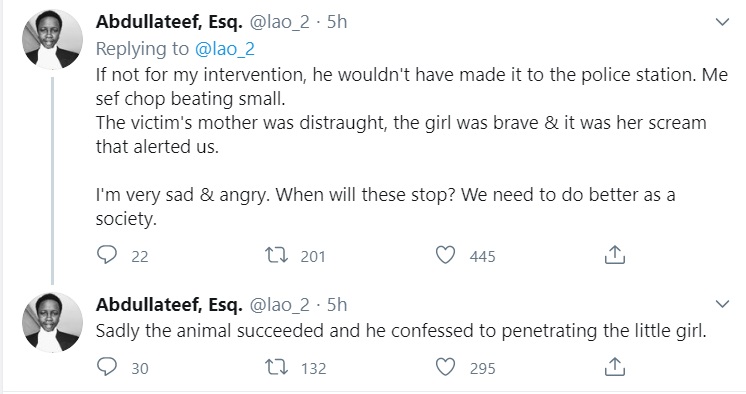