Daddy Freeze Reacts After Zlatan Called Him A Devil’s Incarnate 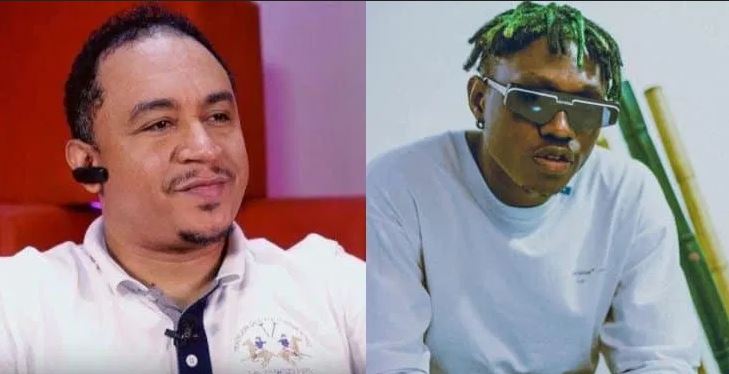 The rapper had used the tag for the OAP after Tunde Ednut reposted a post from Daddy Freeze, where he reacted to a news about him publicly rejecting Jesus.

This prompted a counter-reaction from the controversial OAP, who wrote:

“Dear Zlatan,
kindly explain why you think that I am the devil’s incarnate. Christ was called a Samaritan devil too in the scriptures, remember?

The scriptures are filled with instances where Christ was accused of using demonic powers, as well as where he was called a demon or devil himself. The same thing happened to John the Baptist, because they were misunderstood, could it be that you are misunderstanding me?

◄ John 8:48 ►
New Living Translation
The people retorted, “You Samaritan devil! Didn’t we say all along that you were possessed by a demon?”

◄ Matthew 11:18 ►
New Living Translation
For John didn’t spend his time eating and drinking, and you say, ‘He’s possessed by a demon.’

◄ John 8:52 ►
New Living Translation
The people said, “Now we know you are possessed by a demon. Even Abraham and the prophets died, but you say, ‘Anyone who obeys my teaching will never die!’

◄ Matthew 9:34 ►
New Living Translation
But the Pharisees said, “He can cast out demons because he is empowered by the prince of demons.”

◄ John 7:20 ►
New International Version
“You are demon-possessed,” the crowd answered. “Who is trying to kill you?”

◄ John 10:20 ►
New Living Translation
Some said, “He’s demon possessed and out of his mind. Why listen to a man like that?””