The military commander was killed after decimating Boko Haram camp in Doron Naira, an island in Lake Chad, and Nigerian border area of Baga. 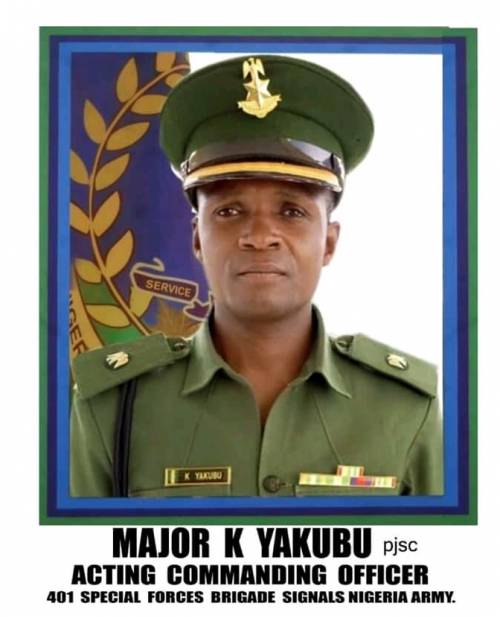 Details have emerged on how Boko Haram terrorists killed the Acting Commanding Officer, 401 Special Forces Brigade Signals of the Nigeria Army, Major K Yakubu, and wounded one soldier during an attack in Borno State on Tuesday.

Reports exclusively obtained by SaharaReporters shows that the military commander was killed after decimating Boko Haram camp in Doron Naira, an island in Lake Chad, and Nigerian border area of Baga.

SaharaReporters gathered that the troops advance was delayed as vehicles broke down which resulted in the burning of vehicle clutches and overheating of radiators.

The troops also had to stop many times to fix burst tires due to extremely harsh weather and sandy nature of the terrain, amongst others.

Items recovered included one x 120mm mortar base plate, one x Motorbike, one x BHT Flag, one Holy Qur'an, metal links for AA rounds and a roll of copper wire.

Huts, fire trenches and other home utensils found at the hideout were destroyed before the withdrawal of the troops.

The troops were, however, attacked by the terrorists Tuesday at about 1530hr at coordinate N13° 11' 50.44" E13° 36' 51.44. Troops responded with overwhelming firepower, forcing the terrorists to withdraw.

“Casualty on troops/equipment are one Killed In Action (Maj K Yakubu - Acting CO 401SF Bn), One Wounded In Action soldier while one x COBRA APC, one x mini-workshop (Toyota Hilux) and one x ATEGO truck that could not be repaired or recovered was destroyed in the operation,” a source who was part of the operation told SaharaReporters.