Glee Hotel issued a statement after a talent/model scout, Benjamin Ese, alleged that Dbanj raped his friend two years ago. 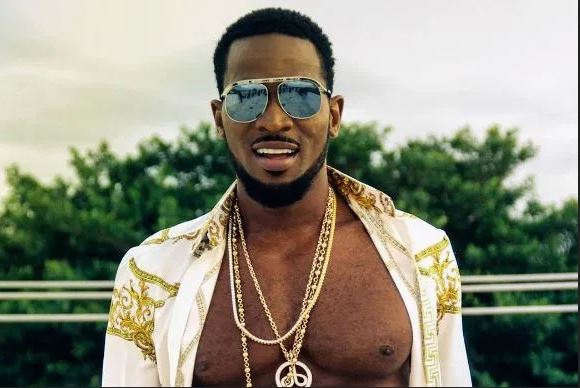 Glee Hotel issued a statement after a talent/model scout, Benjamin Ese, alleged that Dbanj raped his friend two years ago.

Not disclosing the friend’s name, Ese wrote that his friend had attended a party in Lagos and was sighted by Dbanj who wanted her.

He went on to reveal how she was allegedly raped by the musician.

The allegation came a day after Dbanj strongly condemned rape on his Instagram page.

The Koko Master joined the campaign against sexual violence and demanded justice for rape victims in an Instagram post.

Ese challenged the singer and said he had no right to speak against rape having performed the act in the past.

He said Dbanj offered his friend in question money in exchange for sex, and she refused.

According to him, the incident happened at the Glee hotel in Victoria Island.

He said Dbanj collected the spare key of the girl’s hotel room from the receptionist and allegedly raped her there.

He said she decided to keep quiet after the incident because of the stigma.

Dbanj was yet to respond to the allegation, but Glee Hotel didn’t let the accusation slide.

Glee Hotel stated that the rape accusation was false and could never happen within its premises.

See there statement below: 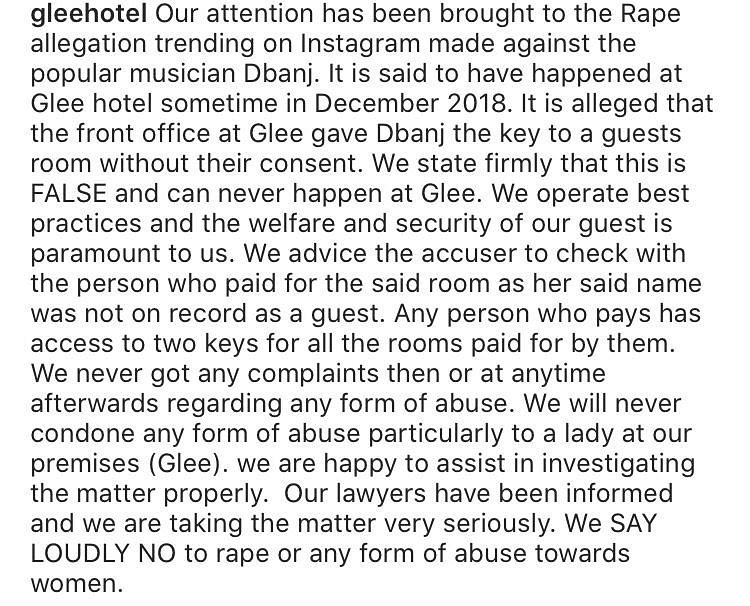