Two lovers were flogged mercilessly for engaging in premarital s3x which violates the Islamic law in Indonesia. 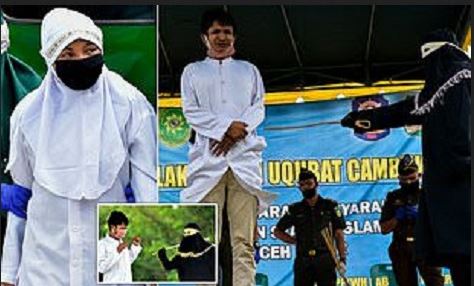 A young Indonesian couple were whipped 100 times each for having sex without being married and violating the extremist Islamic law implemented in the region.

The two lovers were flogged in the province Aceh, the only Muslim-majority region in the country that imposes extreme Islamic law, with a rattan cane outside a mosque on the western tip of Sumatra. 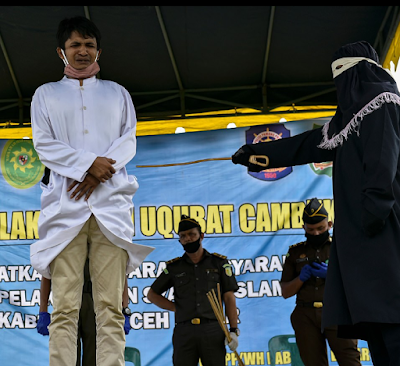 The man's flogging was paused briefly when he could not stand the pain and someone else had to finish lashing the woman.

Usually large crowds of hundreds of people watch floggings but fewer people were there on Friday because of the coronavirus pandemic.

'Not so many people came because today because they've seen it many times before  or they're afraid of COVID-19,' local resident Faisal said. 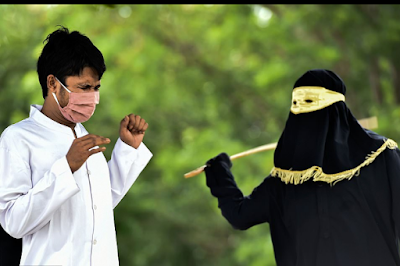 A different man was also flogged 40 times for being caught in a hotel room with a girl but the underage girl was spared.

The law in Aceh, locally known as Qanun, allows authorities to whip people for charges including gambling, adultery, drinking alcohol and sex with someone from the same gender. 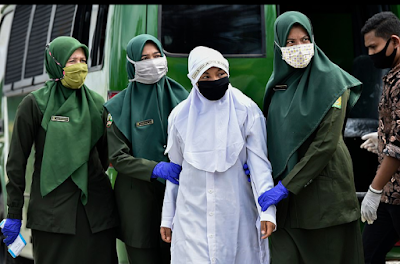 Aceh is able to enforce Qanun law because it has an autonomy deal that was made with the Indonesian government in 2005 that ended a decades-long separatist insurgency.

Human rights groups have slammed public caning as inhumane and cruel and Indonesia's president, Joko Widodo, has called for it to end.