The two suspects were dragged before the Magistrates Court by the police after they were apprehended by residents. 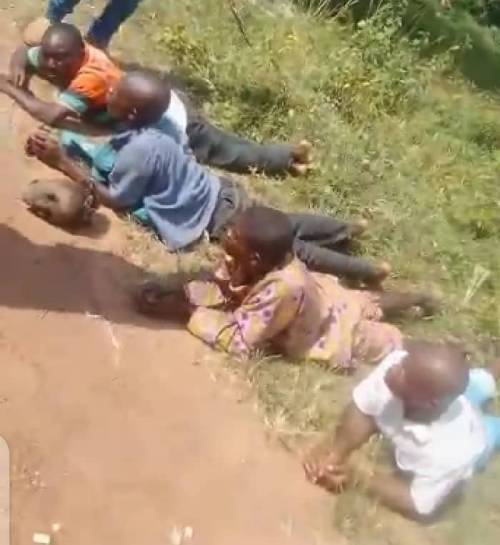 There was drama on Tuesday at the Magistrates Court sitting in Akure when two human skulls were brought in as  "exhibits" against some grave diggers by the prosecutor, SaharaReporters reports.

The two suspects - Mr Adewale Abiodun (40) and Mr Abel Olomofe (45)--were dragged before the Magistrates Court by the police after they were apprehended by residents.

Both men were caught last month at a cemetery in Imafon, Akure South Local Government Area where they were severing human corpses at the grave.

At the hearing on Tuesday monitored by SaharaReporters, the two human skulls were brought out from nylon as evidence to prove the case against the two accused men, thereby causing some stir in the court.

The two men were arraigned on three counts of conspiracy, unlawful possession, and indecently tampering with a corpse.

The Police Prosecutor, Mr Uloh Goodluck, said the offence committed by the two accused was subject to bail but prayed the court to allow him forward the case file to the office of the Director of Public Prosecution, (DPP) for advice.

Messrs. Femi Adetoye and Jide Agboola, both counsel representing the defendant, had earlier sought an application to bail the accused persons pending their trial on the crime.

They also reminded the court of its promise at the last sitting to consider the bail application for the defendants.

In his ruling, Magistrate Tope Aladejana said the bail order had not yet matured and thereafter granted the request sought by the prosecutor to send the case file of the accused to the DPP office for legal advice.

He noted that the outcome of the advice would determine if their bail application would be considered by the court.

While ordering the return of the two accused back to the police custody, the Chief Magistrate adjourned their case till June 19, 2020.

Drama As Nigerian Businessman Drags His Own Brother-In-Law To Court...You Won't Believe Why