The deceased, who was an electrician, was said to have accepted the offer so he could have some money to make ends meet. 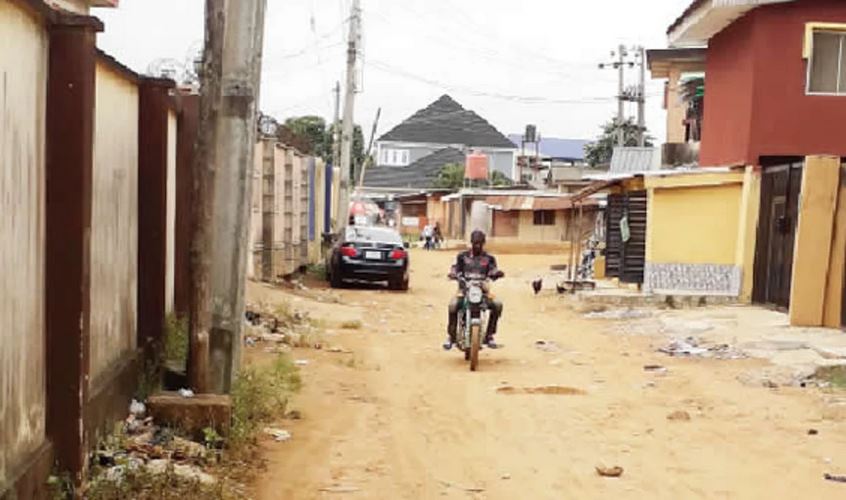 According to The PUNCH, the police in Lagos have arrested four labourers in connection with the death of their co-worker, Godwin Udoh, who died of poison.

The suspects, identified simply as Moses, Lekan, Clement and Kehinde, allegedly replaced the content of a bitter drink Udoh was taking with a chemical which he unknowingly drank.

Until his death, Udoh lived on Taiye Olorunfunmi Street, along Idimu-Ejigbo Road, Lagos.

City Round learnt that they invited the 25-year-old Udoh to do a clean-up work at a newly rented apartment on a neighbouring street.

The deceased, who was an electrician, was said to have accepted the offer so he could have some money to make ends meet.

While they were working, Udoh reportedly treated himself to a bottle of bitter drink which he was taking at intervals.

By the time he wanted to take the remaining drink, it was said to have been replaced with the chemical they reportedly used to clean tiles in the apartment.

He was rushed to a hospital and gave up the ghost some hours later.

When our correspondent visited the deceased’s residence on Thursday, his family was said to have moved to a relative’s house within the community.

A resident, who gave his name only as John, told City Round that Udoh’s death came as a rude shock.

He said Udoh was the pillar of the family and worked hard to support his mother and siblings.

John stated, “The incident occurred on Wednesday, May 20. I learnt that his friends asked him to work with them to clean up a newly rented apartment within the community and he followed them. While they were working, he had a bitter drink which he sipped at intervals.

“He went to another section of the apartment and later returned to where he placed the drink. It was after he gulped it that he discovered the content of the bottle was chemical they used to clean tiles. They gave him palm oil and rushed him to a private hospital.

“He later returned home that evening but he was not comfortable. Around 12am, his condition got so bad and he was rushed to the Idimu General Hospital where he died.

“The workers had been arrested. They were accused of replacing the drink with chemical. Godwin (Udoh) was a hard working young man. His mother depended so much on him. He had been there for her since his father died.”

A neighbour, who spoke on condition of anonymity, described Udoh as an intelligent man, adding that many residents invited him to fix electrical faults in their homes.

“They moved to this street about two months ago. He was very intelligent. I learnt the man that gave them the work was also arrested.

“He could not have gone for that job that day if he had electrical work to do. He took the offer so he could realise some money to take care of himself and the family. He has a little child,” the neighbour added.

Our correspondent visited the estate where Udoh’s family relocated to.

His mother trudged from a room to the living room, bearing forlorn looks. She sank into a plastic chair next to where our correspondent sat.

“Thank you,” she muttered, grudgingly. A relative, who did not give her name, quickly took over the conversation.

“We are still in dialogue with the family of the man whom he worked for that day. When we think the press can come in, we will let you know. Thank you,” she concluded.

The Police Public Relations Officer in the state, DSP Bala Elkana, said some arrests had been made and the case transferred to the State Criminal Investigation and Intelligence Department, Yaba, for further investigation.

He said, “We have commenced investigation and have some suspects in custody. We suspect that they must have exchanged the drink but investigation is still ongoing.”