'Living In Bondage': Ramsey Nouah Pays Graphic Designer After She Called Him Out For Using Her Designs


After being called out on Twitter by a Graphic designer over payment issues, Ramsey Nouah has compensated the woman. 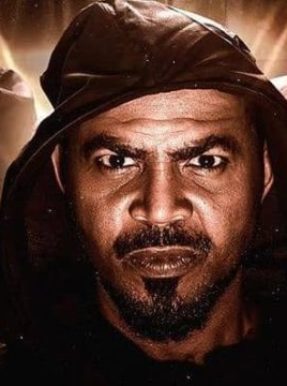 Ramsey Nouah in Living in Bondage
Nigerian Actor and director Ramsey Nouah has reacted after being called out by a graphic designer for refusing to compensate her for work she did for the movie 'Living in Bondage' which Nouah directed.
Louisajlo @louisajlo accused Nouah of using the designs she made for the 2019 film without compensation or credit.
Nouah said he was not aware of the situation but he has now compensated her for her efforts:
“I thought she was paid because the guy who was supposed to pay her told us that he had done that not until when Kate contacted me, I am as surprised as some of you are about this but nevertheless she has been compensated accordingly.”
According to @louisajlo, she was contacted in 2018 to design graphics to be used in the film. She proceeded to work and also asked for a down payment which she was informed that
“I just accepted the job and started working straight away. The only thing I remember requesting was a down payment. But the then media director pleaded that the budget was yet to be approved but I shouldn’t worry. As soon as it is. He will avail me some funds towards my charge,” she tweeted.
She said she designed “majority of the graphics from scratch”, some of which included; a cult symbol, company logos, a blog page design, an Instagram page for Nnamdi, a photoshop of Nnamdi in Nysc uniform, custom license plates. Her design for the company logos was rejected but she kept on working in spite of not having received the down payment she requested for.
According to her, she was corresponding with the media director of the production, who was giving her the impression that Ramsey Nouah was busy and that her money would be paid. She later revealed that the media director was fired. And he told her that her designs had been rejected and would not be used in the film.
However, when she saw the film a few weeks ago and was shocked to see that some of her designs were used. And all her efforts to reach out to Nouah proved futile.
In her latest update @louisajlo said she has been contacted and compensated:
“I have been contacted and compensated. I really wanna thank everyone of you for your Retweets and support. Thanks a lot.”
Top Stories