Wadume: Soldiers Shot Our Driver, Fired At Me Inside The Bush - Survivor Speaks Up


The inspector, who joined the police in 2003, noted that the soldiers, after causing the crash, searched for him in the surrounding bush for hours in an attempt to kill him. 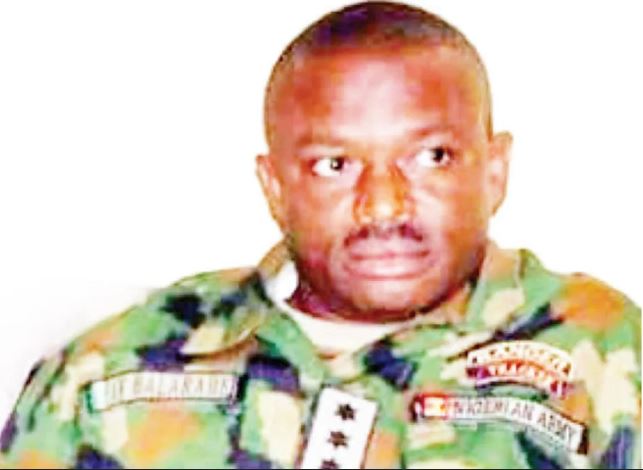 According to The PUNCH, a member of the Intelligence Response Team, Inspector Sanni Habeeb, who survived the attack by soldiers, who killed three policemen and two civilians, has narrated how he narrowly escaped being murdered during the incident.

Habeeb, 38, explained that the soldiers attached to Battalion 93 shot the driver of the Toyota bus conveying seven policemen, two civilians and a kidnap kingpin, Bala Hamisu, aka Wadume, causing the vehicle to somersault three times.

The inspector, who joined the police in 2003, noted that the soldiers, after causing the crash, searched for him in the surrounding bush for hours in an attempt to kill him.

These were contained in a statement dated August 17, 2019, made by Habeeb to the Joint Investigation Panel set up by the Chief of Defence Staff to investigate the killing of the policemen and two civilians by the troops commanded by Capt. Tijjani Balarabe on August 6, 2019.

The statement read in part, “I saw the Nigerian Army truck following and shooting at us indiscriminately and our driver was hit by a bullet. He lost control of the vehicle, which somersaulted more than twice.

“I quickly came out through the window and ran into the bush but the soldiers fired at me; I hid in the bush, leaving my AK-47 rifle behind in the bus. They searched for me in the bush; so, I quickly removed my IRT jacket and cap and threw them away.”

The policeman said he was able to evade his pursuers and trekked for three hours to the Area Command, Wukari, from where he was taken to the hospital.

He stated, “I trekked from the scene of the shooting to Wukari Area Command for three hours and some policemen rushed me to the hospital, where I met my colleagues who were critically injured and were being attended to by the doctors.

“I saw Inspector Mark Ediale shot in the stomach and Insp. Abba Mathias who was shot in the leg.”

Despite their indictment by the JIP, the military authorities have refused to hand over the troops for trial.