Pa Defwan Dariye, who is said to be in his early 90s was in February 2015 kidnapped at his residence in Mushere, Bokkos Local Government Area of the state. 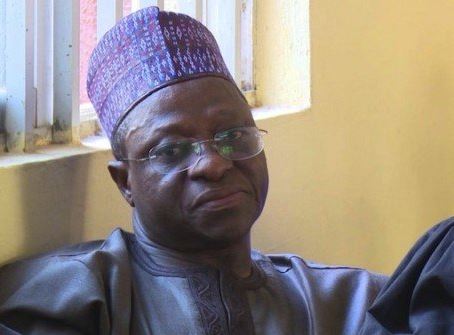 Gunmen suspected to be kidnappers have again abducted the father of the former governor of Plateau State, Joshua Dariye, The PUNCH reports.

Pa Defwan Dariye, who is said to be in his early 90s was in February 2015 kidnapped at his residence in Mushere, Bokkos Local Government Area of the state.

He was rescued a few days later by vigilantes at the Nasarawa/Plateau boundary.

In the latest kidnap incident, it was learnt that the gunmen also went to his house in Mushere community and took him away to an unknown destination.

A resident of the community, Bulus Gambo confirmed the abduction of the former Governor’s father to our correspondent in Jos on  Friday.

Gambo said, “The Information is true. It happened in the early hours of Thursday.  The old man was just in his house when some gunmen came and took him away.”

An aide to the Chairman of Bokkos Local Government Area, Magit Mangut Mafiyai also confirmed the abduction of  Pa Dariye.

Mafiyai said that the Council Chairman, Yusuf Mahanan Machen had visited the residence of the victim and asked the security agencies to be proactive and do everything within their powers to rescue him.

Spokesman for the Plateau State Police Command, Ubah Ogaba said security agents had been deployed to the Council Area to hunt for Pa Dariye’s abductors and ensure his release.

He said “As soon as we got the information, the Commissioner of Police led other officers to Bokkos. The security team detailed to go after the abductors have already swung into action and we hope the victim will be released soon”

The victim’s son and former governor of the state, Joshua Dariye is currently serving a ten-year jail term for breach of trust while he served as governor between 1999 and 2007.