In what will come across as a really startling development, a woman has given birth without knowing she was pregnant. 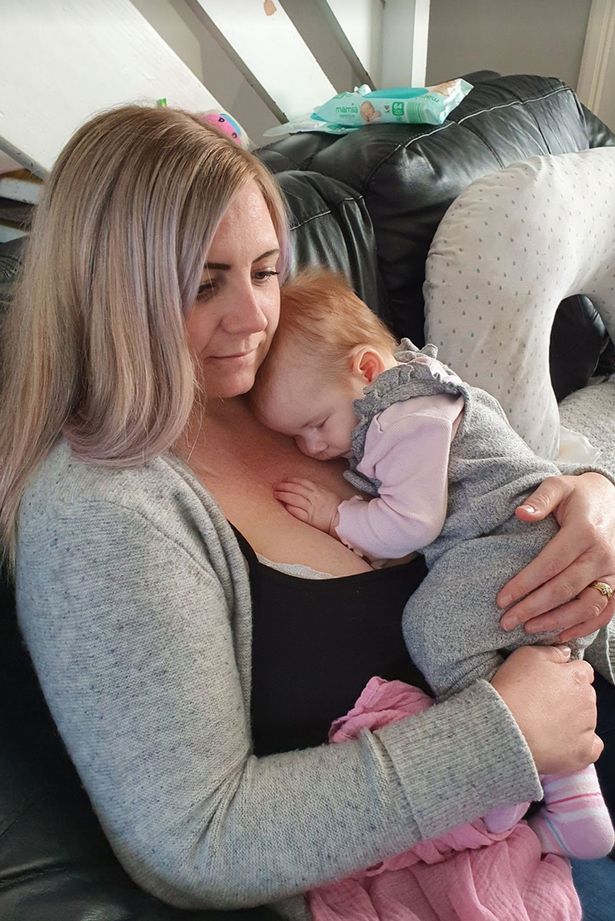 A mum who didn’t know she was pregnant gave birth on the toilet despite taking the pill “religiously”.

Grace Meachim, 32, and James Meachim, 34, were adamant they would only have three children and James was even on the waiting list for a vasectomy in December last year.

However, when Grace had woken up in the early hours of the morning to take a paracetamol and have a cup of tea, she was suddenly running to the restroom.

The sales advisor, who still had periods, felt the sensation of her waters breaking and let out a terrified scream according to The Mirror.

James and their eldest son Tyler, 13, called for an ambulance but Grace welcomed little Sienna at their home. Both mum and the 7lb 5.5oz baby were assessed at the hospital but deemed healthy. In her words: "Within seconds of getting to the toilet, my waters went. It frightened me so much I screamed. It was so surreal. I hadn’t had any build-up to it at all, no pain, nothing.

"When I’d gone to t he loo, I didn’t feel like I was going into labour at all. After three previous pregnancies, I know what that feels like. There was a big gush then there was pressure and a mass down there. I knew then what was happening and I went into shock. All I can remember thinking is ‘oh my god, is this really happening?

"My husband and our eldest came running down. James called the ambulance and I was shouting ‘there’s something coming’. He told the operator ‘I think it’s a baby but she’s not pregnant’. As soon as he said that he had to throw the phone to Tyler because I screamed ‘quick, catch it’. Within seconds James had his hands down the toilet catching the baby, it all happened so quickly. It was very strange, it was like something out of a movie.She was perfect and a really good size, I have no idea how I hid that."

Speaking about her family’s reactions, she said: "Everyone then started to giggle about what had just happened and Tyler called my mum to tell her I’d had another baby.

"She thought we were joking and turned up at 4 am in her pyjamas to see me on the floor, cradling this baby. When James called my mother-in-law she just said ‘congratulations’ and hung up then called back seconds later to say ‘sorry, I just registered what you said’. Everyone was so shocked. I announced it on Facebook as like ‘surprise, look at what we have done’ and our friends just couldn’t believe it.

"There were a couple of people who said ‘I knew you were pregnant’. I wish they’d told me. The number of people who turned up at our house before we’d even made it home from hospital with baby bits, it was incredible."