Ajayi was reportedly planning to move out of the government house for his private residence but the police prevented him. 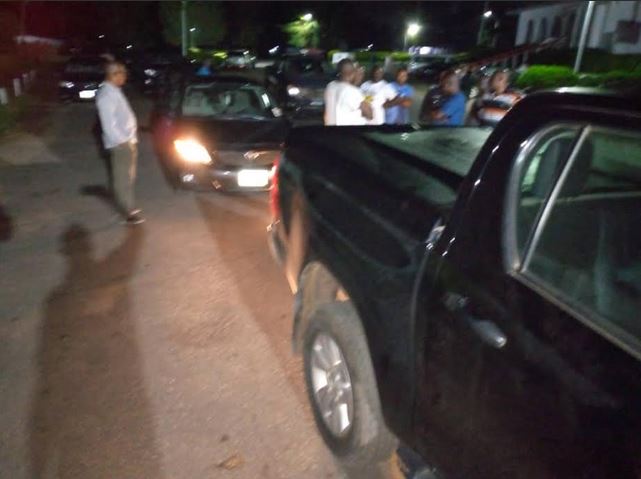 According to Sun News, mild drama ensued Saturday evening at the Ondo State Government House, Akure, as police officers led by the state Commissioner of Police, Mr Bolaji Salami, prevented the state Deputy Governor, Mr Agboola Ajayi, from moving out of his official quarters at the government house premises.

Ajayi, who has a frosty relationship with his boss, Governor Rotimi Akeredolu, was reportedly planning to move out of the government house for his private residence but the police prevented him.

The police commissioner was said to have acted on instructions given to him by Governor Akeredolu and also directed police officers attached to the deputy governor to prevent him from moving out of the premises.

For several hours, the deputy governor reportedly argued with the police commissioner but he couldn’t have his way.

The deputy governor, it was gathered, had finalised arrangements to dump the ruling All Progressive Congress (APC) for the People’s Democratic Party (PDP). 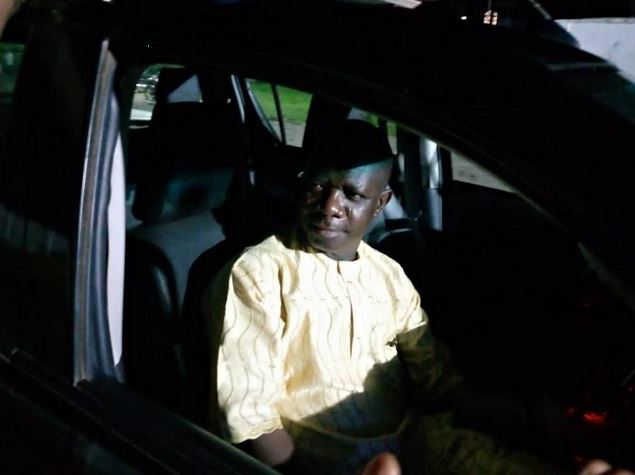 Mr Ajayi in his car during the drama

Barring any last-minute change of plans, Mr Ajayi may formally announce his defection to the PDP today while a rally is supposedly being planned by the PDP to welcome him to the party.

Mr Ajayi, according to sources, will announce his defection to PDP at his home town, Kiribo in Ese-Odo Local Government Area of the state.

Confirming the development, Mr Babatope Okeowo, the Chief Press Secretary to the Deputy Governor, said the incident of Saturday evening has worsened the crisis between Mr Akeredolu and Mr Ajayi.

He said the deputy governor was prevented from leaving his official quarters over an allegation that he was planning to dump the APC for the PDP.

Mr Ajayi said the incident happened in the presence of two members of the House of Assembly, Mr Festus Akingbaso and Mr Rasheed Elegbeleye.

‘Ajayi was taken hostage for hours at the governor’s house gate despite the fact that he enjoys immunity under the Constitution of Nigeria,’ Mr Okeowo said. 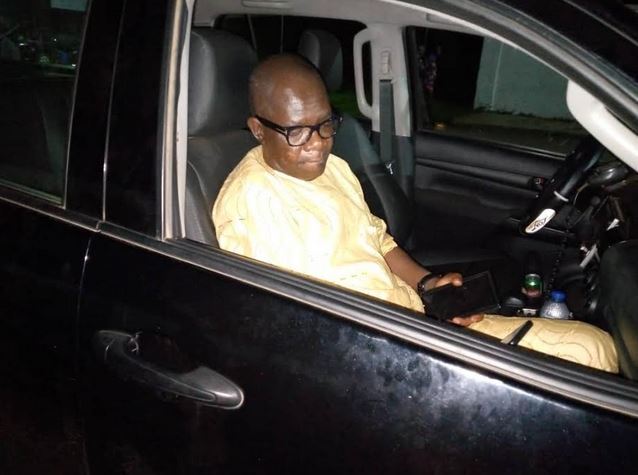 Narrating the development, the deputy governor’s spokesman said: ‘The security officers led by the Chief Security Officer (CSO) told the deputy governor that he could not move his vehicles out of the government’s house because it was late.

‘He said the deputy governor should come back on Sunday if he wanted to remove any of his vehicle outside the government premises.

‘The deputy governor, however, insisted that he would not leave the gate back to his official quarters unless they allow him to remove his official and personal vehicles out of the government’s house.

‘The two gates to the government’s house were under lock and key while the stern-looking policemen were positioned at the gate to prevent the deputy governor from leaving the premises.

‘The deputy governor and lawmakers representing Idanre and Akoko North-East constituencies were left at the gate of the government’s house for more than four hours.

‘The deputy governor, however, said he wanted to remove his official vehicles out of the government’s house because he no longer feels secure in the premises.

‘He alleged that suspected political thugs have been detailed to attack him and vandalised his property at the government house once he declared for the rival political party.