The Chairman of the FCT Ministerial Task Team on COVID-19 restriction in the FCT, Ikharo Attah gave the warning at the weekend. 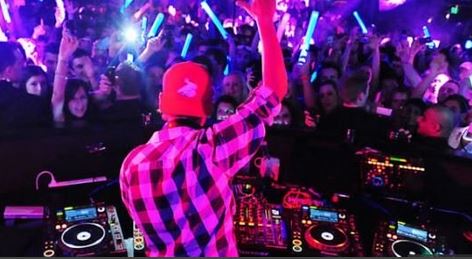 The Federal Capital Territory Administration (FCTA) has warned operators of nightclubs, bars and gardens across Abuja not to operate until the restriction order is lifted, The Nation reports.

The Chairman of the FCT Ministerial Task Team on COVID-19 restriction in the FCT,  Ikharo Attah gave the warning at the weekend when the team went round kubwa  Gwarimpa and Wuse to monitor compliance by the operators.

Speaking to journalists after the monitoring, Attah noted that: “the ban on nightclubs, parks and bars is yet to be lifted hence the need for us to sustain routine inspection and ensure compliance. We believe that if we relax too much with the number of positive covid-19 cases on the rise it would not be good for the city”.

He pointed out that: “the presence of the ladies of the night is a violation of the curfew because they are not on the exemption list of essential workers. Their presence made us to carry out full checks on some nightclubs which are truly closed. At moments like this we expect them to stop the unholy trade for their own interest because the men who may patronize them may be COVID-19 positive.”

Speaking on the shutting down of a bar at Wuse 2, the chairman said: “we got several calls that Reset nightclub and bar located at Lobito crescent in wuse 2 was fully operational. But when we got there we discovered that it wasn’t true. A bar operating in a plaza located opposite the nightclub, as we all found out this night , was the one operating and playing very loud music which necessitated the calls and complaints we got from residents of the area”.

The team shut down the bar and confiscated some of its loudspeakers which were handed over to enforcement officials from the Abuja environmental protection Board (AEPB).

The chairman explained that the team would be extending its checks on nightclubs in the suburbs while appealing to FCT residents to stay at home during the curfew periods and avoid endangering their lives.