An eight-month pregnant Nigerian woman trafficked to Lebanon has cried out for help after she was abandoned to her fate by the Nigerian authorities. 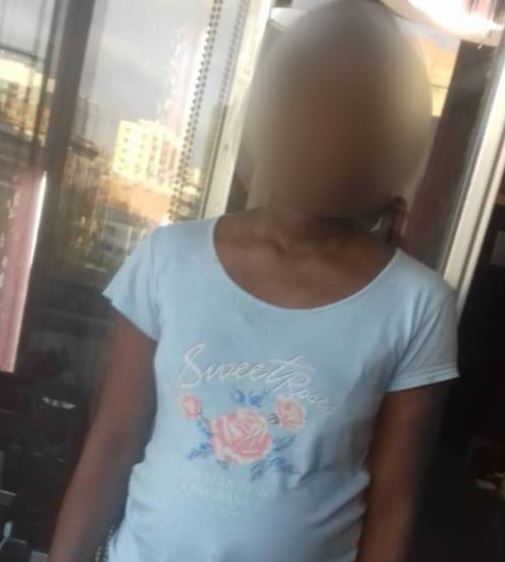 A heavily pregnant woman has cried out for help after she was trafficked to Lebanon and abandoned to her fate.

Rasheedat Taiwo Saka, an eight-month pregnant Nigerian woman told SaharaReporters on Monday, June 22, that despite the COVID-19 pandemic, she has had no access to food or medical care and was currently locked up in her traffickers' office alongside other victims.

Recalling how she found herself in that situation, she said she left Nigeria after her husband died in November 2018 and things became difficult financially.

She said three agents in Nigeria, including a Mr John and a Mr Victor, approached her and presented her the opportunity of working in Lebanon.

"Before I left for Lebanon, they bought our passport and ticket and said two months of our salary will be theirs' when we got there.

"I didn't know I was pregnant when I left Nigeria. When I got to Lebanon, the agency and my employer took me to the hospital, they found out I was pregnant but still forced me to work.

"Despite my condition, I was forced to work for six months from house to house until the house where I worked last. I had started showing very well, the woman returned me to the agency.

"I have not been paid. I reached out to the agent, Mr John, and narrated my ordeal to him saying I wanted to come home because the agency in Lebanon claimed I owed them. He dismissed me, saying my trouble was too much and asked me to contact my family to settle the Lebanese traffickers even when he knew I have no family. He has also been disturbing me, asking me to pay him, claiming I still owed him after collecting my salary from the agency in Lebanon," she said.

Saka said she is currently locked up in the trafficking agency called Damaj Services in Lebanon.

"I, alongside other women, some from Nigeria and others from Ghana, are currently locked up in an office building. The bed we are sleeping on is children's size and I am eight months pregnant. Throughout yesterday I could not sleep because I am in severe pain.

"I am hungry too. In fact, so hungry that I had to beg one of the staff in the building to buy food for me yesterday to eat, he bought bread and gave me. Then we were given five pieces of potatoes to eat; we are more than six in number," she lamented.

Adekola Damilola, an activist with Rescue Africans In Slavery (projectferry), a project working to draw attention to the plight of trafficked Nigerians in Lebanon and Oman, spoke to the publication about the plight of trafficked women.  Damilola said the biggest challenge they encounter is the unwillingness on the part of the Nigerian Government to rescue women and girls in danger abroad.

"There is unwillingness on the part of government. They can do more by sending a flight, like an amnesty and asking all women and girls who are trafficked and want to return to come back home from Lebanon, Oman and Saudi Arabia.

"Immigration officials are also part of the problem. They collect money from these agents who are traffickers and allow them.

"If staff from agencies like NAPTIP are positioned in airports, they're trained to know who is being trafficked and can intervene even before the women leave Nigeria. They should also be positioned in embassies abroad because I have heard of many cases where embassy staff just take names and complaints and send the women back to their traffickers without any action."