"I Feel Violated And Incredibly Hurt That My Parents Cut The Head Of My Clitoris -Nigerian Activist, Lolo Cynthia Ihesie


Lolo Cynthia Ihesie has revealed she recently discovered that she was circumcised as a child. 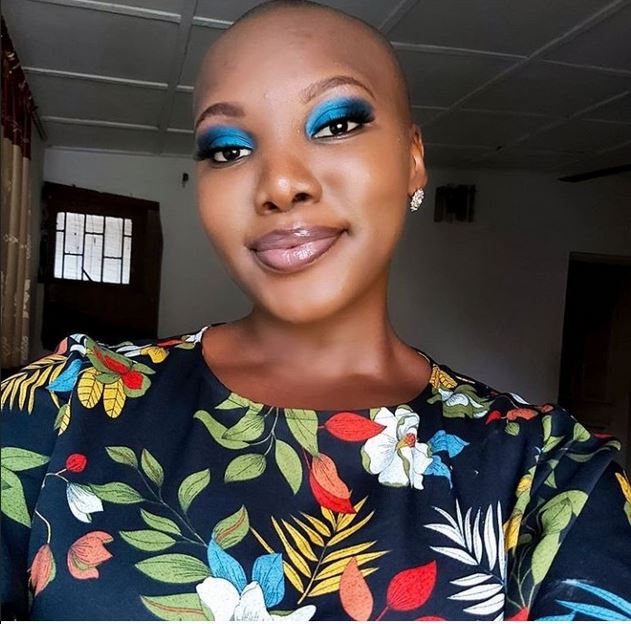 Nigerian activist, Lolo Cynthia Ihesie has revealed that she recently discovered that she was circumcised and she was hurt by the discovery.

The former Rave TV presenter said she was teaching her younger sisters about Female Genital Mutilation (FGM) when she found out that she had been circumcised when she was 3 months old.

She said her mother informed her that every woman in their family was subjected to genital mutilation.

She further explained the effect genital mutilation has had on her. She also advised women against it.

"At 3 months old, my family cut out my clitoral head (FGM1) because they didn't want me to grow up to be promiscuous.

This was never disclosed to me till I was an adult whilst I was educating my younger sisters about FGM and its implications.

Naturally, I am curious about my body and I teach about sex and pleasure- I noticed that I didnt have a clitoral head but never wanted to believe that it was due to FGM

I assumed I just didnt have a thick clitoral tissue even though direct stimulus to the clit hurts and I need to work around the clitoris to find my pleasure spot since the external tissue where most of the pleasure spot is located was cut.

I feel violated and incredibly hurt by this discovery but at the end  It has given me insight as to why I am where I am and why my message about violation against women is important to me.

I am an igbo girl and this is common in igbo land. My mother said it was done to every girl she knows including her-  mothers did it to their daughters.. some still do.

I encourage you to speak to your mothers and ask if they cut you or go to a gynecologist to inquire.I share this because I need other young girls to see that FGM does not define us or our sexuality.

You can work with your body to learn what gives you that pleasure no matter what!" 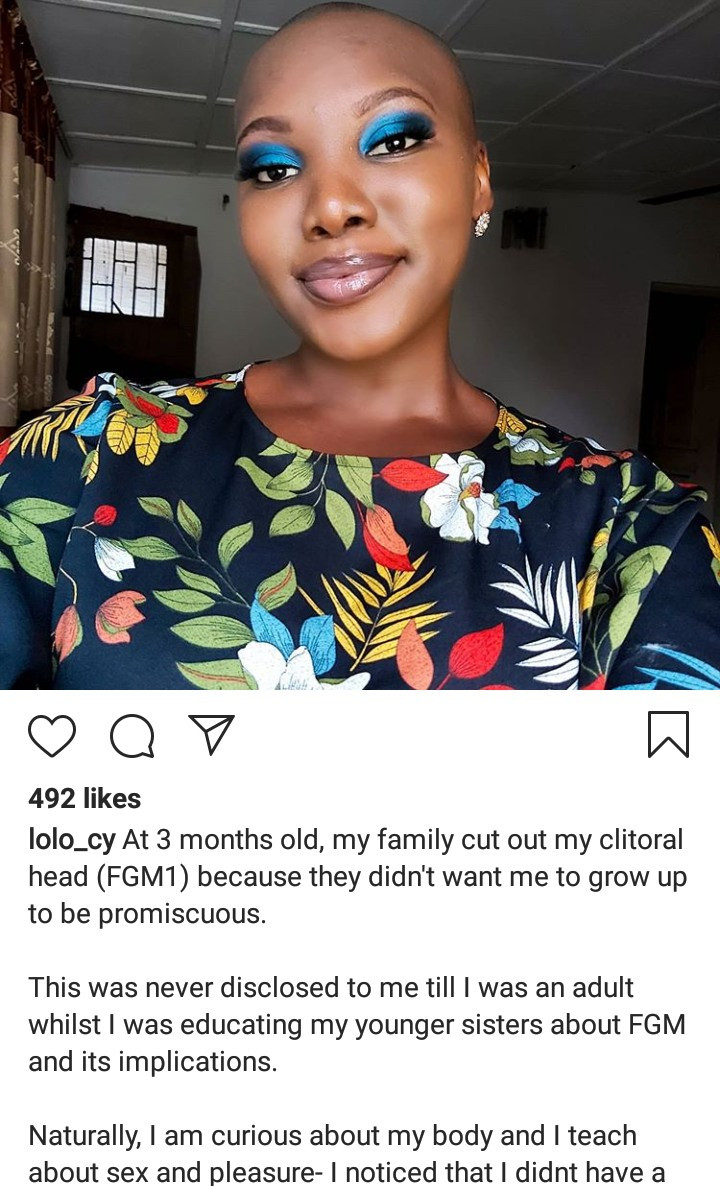 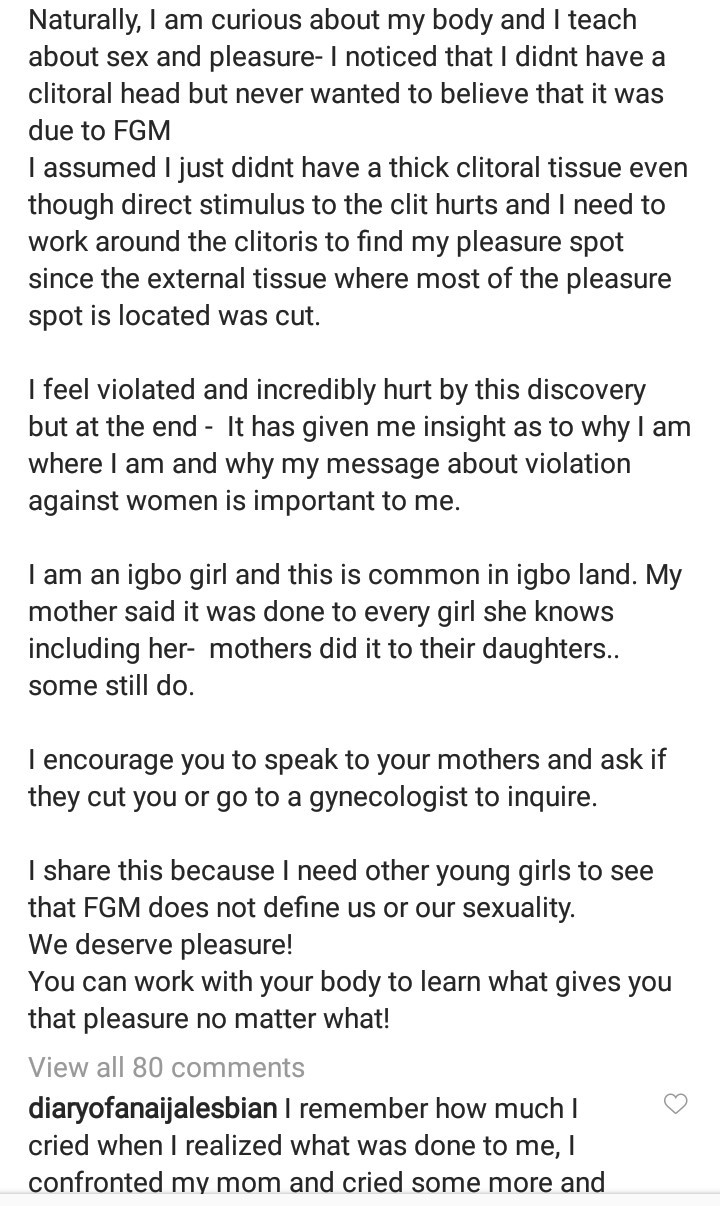