A businessman has opened up on why he decided against doing DNA test for his children. 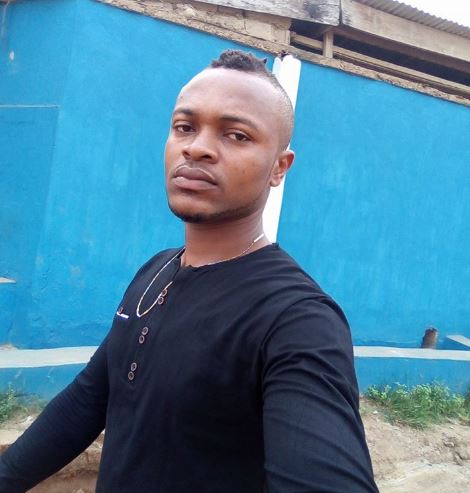 Chidi Okafor
A Nigerian man, Chidi Okafor has taken to social media to reveal why he didn't go ahead with his plan to do DNA test for his children.
According to him, the stories about infidelity which he has been hearing for a long time prompted him to buy the idea of DNA test for his children.
However, he couldn't go ahead after being told the price of each test.
He wrote:
Ever since DNA issue raised up, I became restless
Just yesterday morning immediately after my wife left to work, I quickly prepare my four children, drove them to a general hospital far away from home for DNA.
After reading all the comments and the manner people talked about this yesterday , I thought it was going to cost nothing,
Not until I was told the cost for each 🏃🏃🏃🏃
I gently took my kids back to car and claim them with Faith. 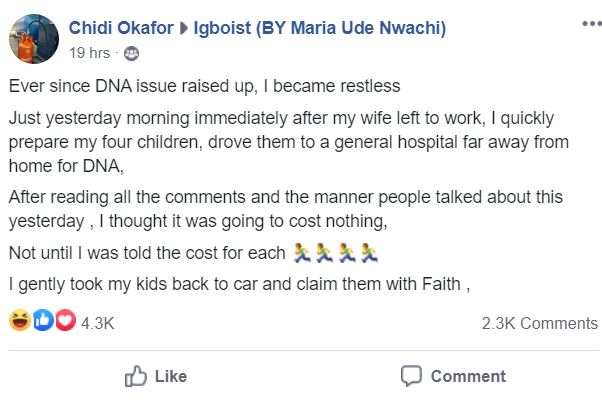