Bulama, who arrived at the Secretariat in a black Toyota Land Cruiser Sports Utility Vehicle, was stopped at the gate. 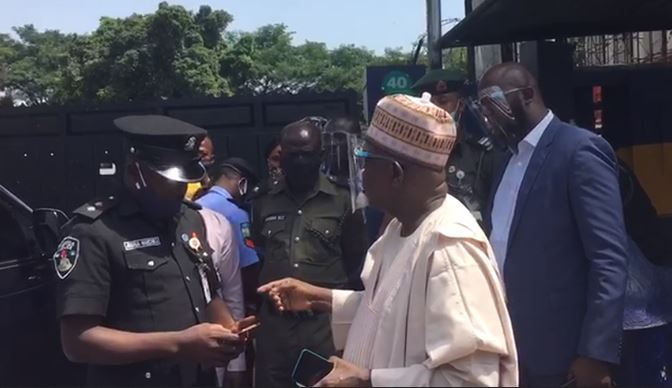 Bulama stopped at the gate of the secretariat by police officers

Bulama, who arrived at the Secretariat about 10:50 am in a black Toyota Land Cruiser Sports Utility Vehicle with registration number Abuja, Abj-140DN, was stopped at the gate by armed policemen on duty.

He stepped out of his vehicle, asked for the leader of the team, and later called the FCT Commissioner of Police.

In a brief interview with reporters, Bulama said, “I came here this morning to resume work and met policemen who said they have instructions from above to seal the secretariat.

“I have called the commissioner of police and he said he is sending a senior officer to see what is happening.

“The workers of the secretariat are servicing over 16 million members of this party across Nigeria. They are like civil servants.”