The Labour leader who was abducted in Delta State has been set free by his abductors. 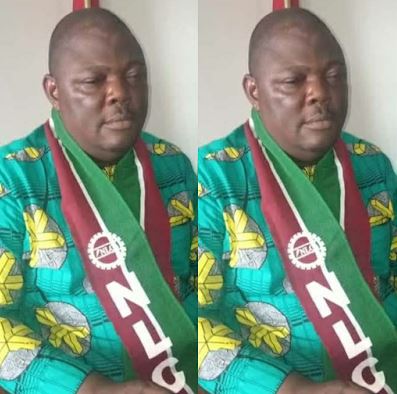 The Chairman of Nigeria Labour Congress, Delta State, Comrade Goodluck Ofobruku who was abducted  has regained his freedom after paying an undisclosed amount of money.

The Labour leader who was abducted around 8pm on Saturday while driving out of his house behind Immigration office along Ibusa/Asaba road, Asaba, the Delta State capital, was set free on Monday by his abductors.

Confirming his release to punch correspondent, the Secretary of the NLC in the State, Comrade Innocent Ofoyade, noted that Ofobruku was released on Monday night. He said, Yes, we thank God that our chairman was released yesterday night, we are grateful to the state government, the police, vigilante group and all those who show concerned.

Ofoyade said, “ransom was paid but it is an undisclosed amount, and as I speak to you now, he is receiving treatment because he was injured at the process”

Also, the Commissioner of Police in the state, Mr Hafiz Inuwa confirmed the NLC chairman released, adding that he was not aware of any payment of ransom.

“We give glory to God for his released, to the best of my knowledge, no amount was paid,” CO said.

The police boss stressed that the command was intensifying efforts to arrest the suspects.