Nigerian politician and businessman, Ned Nwoko has been given the insult of his life by an aggrieved social media user. 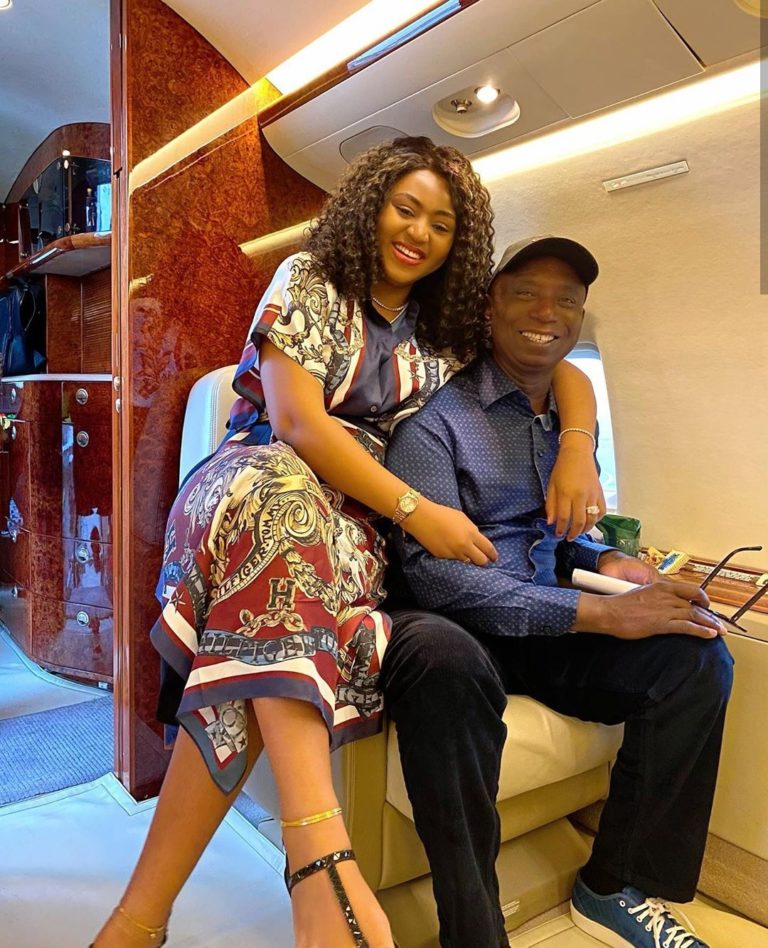 Ned Nwoke and wife, Regina Daniels
A US-based Nigerian journalist, Azuka Jebose has attacked billionaire politician, Ned Nwoko for saying he married Regina Daniels and his other wives because they are virgins.
Recall that Ned Nwoko had claimed in a recent interview with Punch that he married Regina Daniels and his other wives as virgins.
Ned Nwoko said the fact that Regina Daniels was a virgin when he met her and this reinforced his decision to get married to her.
Reacting to this, Azuka dragged Ned Nwoko for stating publicly that the reason he got married to his wife is because of her virginity status.
She further mentioned that the billionaire could be a cultist since he is hell bent on picking only virgins as wives.
Read her posts below: 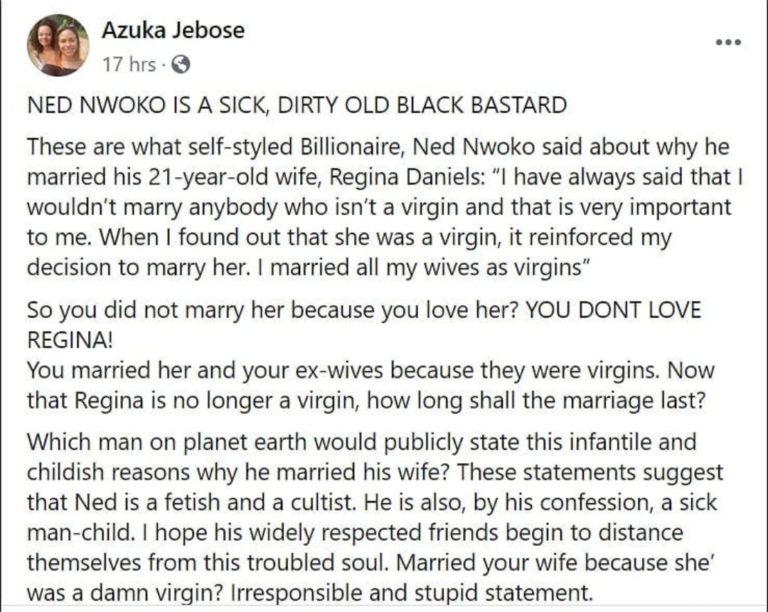 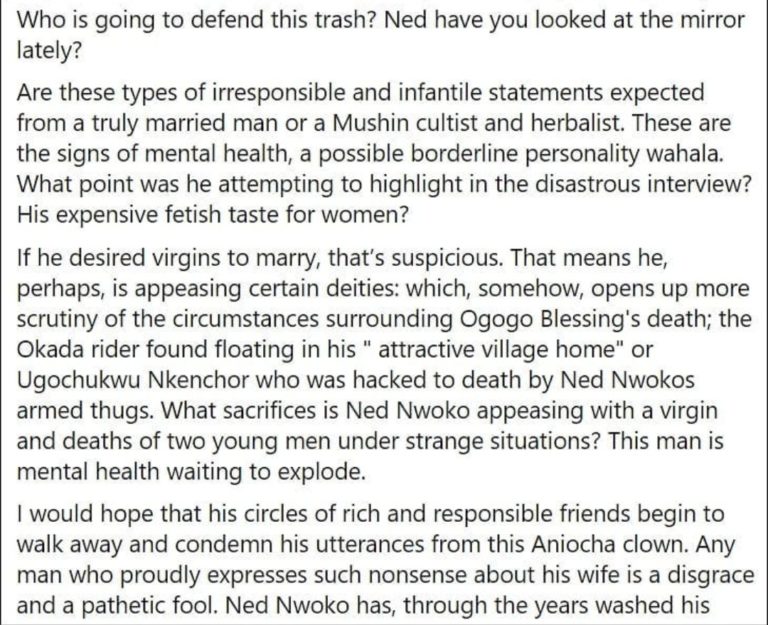 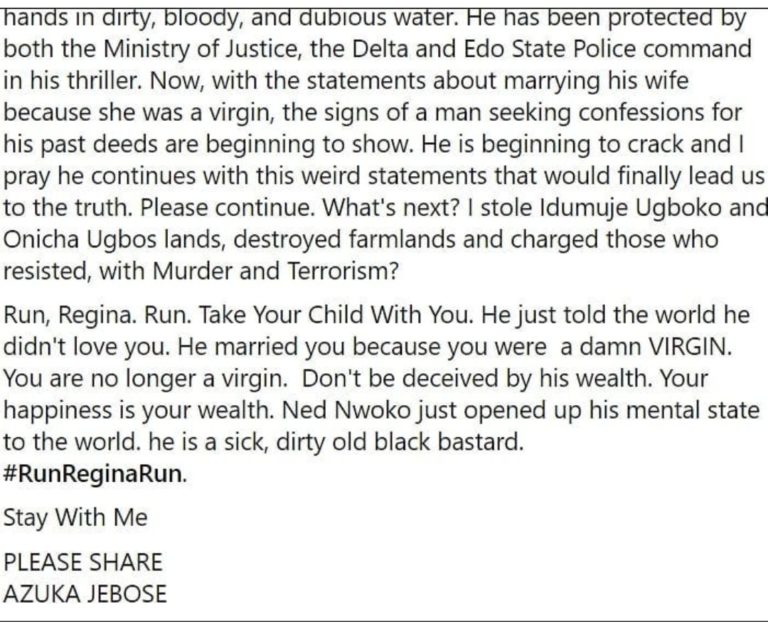