Against all expectations, a Nigerian woman who has been pregnant for 8 years has given birth. 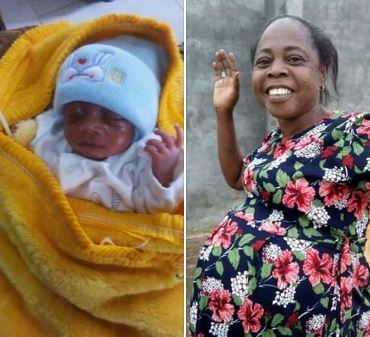 The woman gave birth after 8 years of pregnancy
A young lady Nigerian woman, Ngozi Stephen has left social media buzzing after she revealed that a family member gave birth to a baby after 8 years of being pregnant.
The young lady took to her Facebook to share the good news.
According to Ngozi, a baby boy was delivered by a family member after 8 years of staying in the womb. The excited young lady noted that there is God as she described him as a miracle worker.
"Haaaaa!!!!! Who said this our God isn't good. God has really proved himself as the miracle worker in my family today. Bouncing baby boy delivered after staying in the mum's womb for 8 good years," she wrote.
Ngozi's testimony got some people asking if such a thing can happen while others shared personal experiences with their followers.
Reacing, a popular medical personnel known as Aproko Doctor on the micro-blogging platform, Twitter said it is not possible that a woman would carry a child for eight years.
He stated that the likely explanation for such a thing is that a large fibroid grew slowly, then she got pregnant.
Despite his explanations, some Nigerians insisted that such a thing could happen, noting that it is beyond what science can explain.

So they told you that a woman carried a pregnancy for 8 years and you believed?

Come on na! 8 years and the baby did not come out with pubic hair at least.

Who scanned the pregnancy for 8 years?

Likely explanation: A large fibroid that grew slowly then she got pregnant