Sina Rambo's sister, Folashade Unfollows Him On Instagram Months After He Called Out Her Baby Daddy For Allegedly Assaulting Her


Months after Sina Rambo called out his sister's boyfriend for assaulting her, they have both unfollowed each other on Instagram. 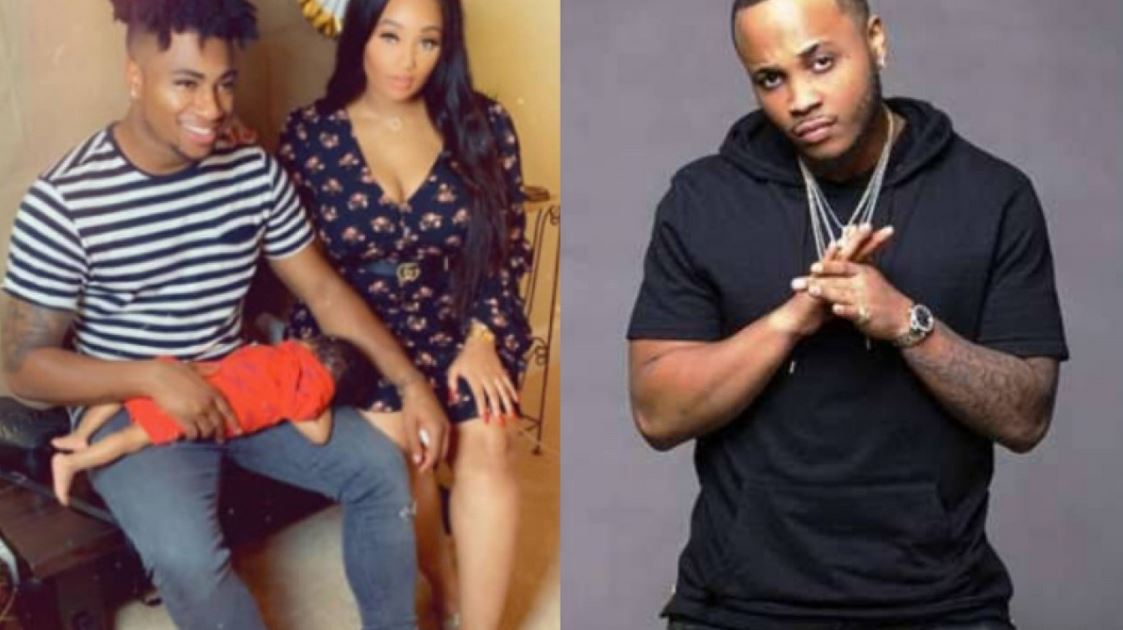 Davido's cousin, and Singer Sina Rambo's sister, Folashade has unfollowed him on Instagram months after he called out her baby daddy, King Chic for allegedly assaulting her.

Recall that in April 2020, Sina called his sister's baby daddy a "woman beater" and also alleged that he brought his side chicks home.

However months after the call out post went viral, Folashade who has allegedly reunited with her baby daddy has unfollowed her brother on Instagram. Sina Rambo is also no longer following his sister on the social media platform. 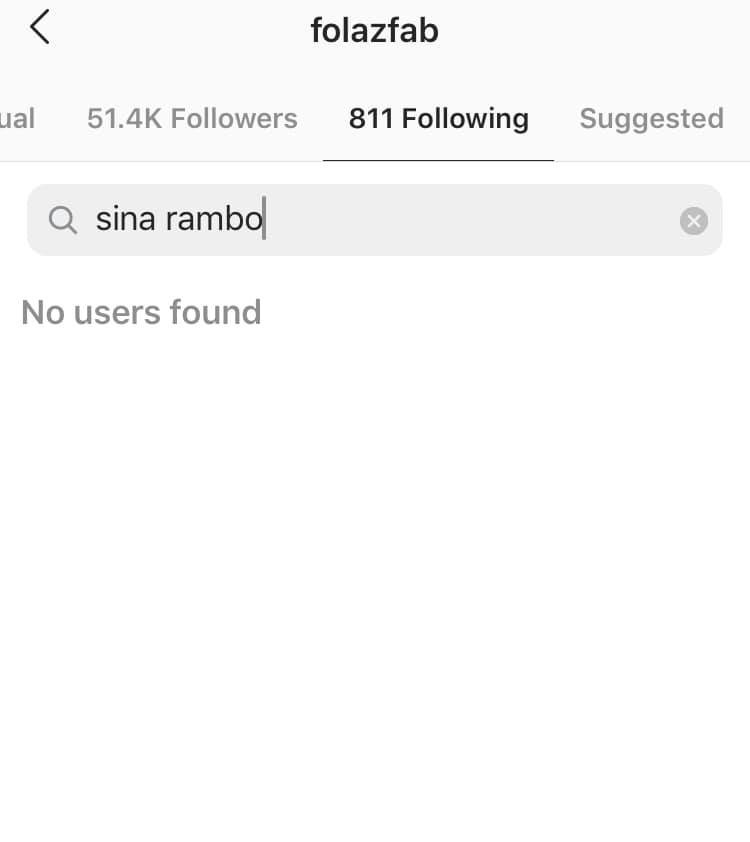 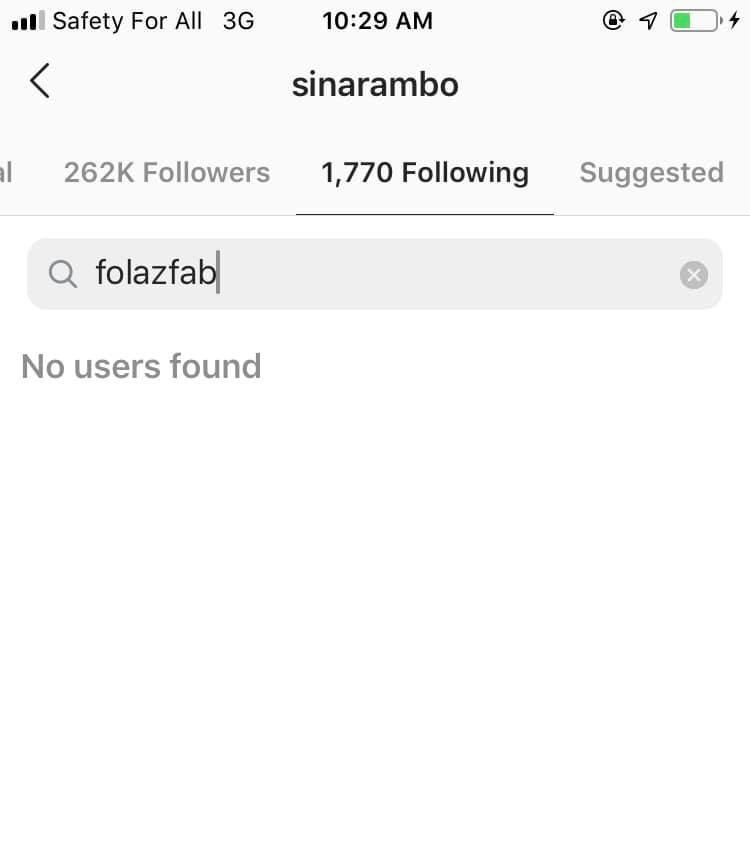 This is coming few weeks after King Chic alleged that he is fighting a case that has been predetermined by many. He also disclosed that he has lost everyone he considered a friend and family after being labelled a scammer and a woman beater.

"I'm 28 but what have I accomplished? Is it truly a day of happiness or depression? What's my purpose?.... its June 4th 2020 and I'm 28 and still have yet to fulfill my purpose... I have to be useless and insufficient.... I'm fighting a case (federal) that has predetermined my purpose by many. I've been labelled a scammer. Woman beater. I've lost everything I've pushed for to be bigger than what my environment provided. I've lost every person I considered a friend/family. Am I worth a celebration of this life God has given me? I say yes! God has given me a child that loves me more than any man.

A woman that adored me more than probably my own family. A mind sharper than the GA State grad you live next door to . God gave me a life within the storm to reassure me of my purpose here on Earth. The world has told me to die. Disappear. There's no love for me. And I chose to live even though death would be much simpler... I chose death but my son looked me in my eye and said LIVE. For me. As I sit here and write this post to a bunch of meaningless people in my life. I thank God for 28. A year I never thought I'd see. To the IG users that have read up to this point.. Thank you for allowing me to understand that as I live its not for you or the blogs. It's for what I believe in and what God has chosen for me. I'm saying goodbye to the ones that thought they had a friend in me... the ones who found substance in me because of how I benefit their lives or complimented their own ulterior motives. Used then abandoned. God has shown me...

This Aso is on a mission to show the world that nothing is impossible when God has ordained it for you. To know me is to show me... To the ones who have genuinely loved me "unconditionally" this post is for you. We will overcome and give God ALL the glory. Ahamefule- your name shall never be forgotten . Now remember that" 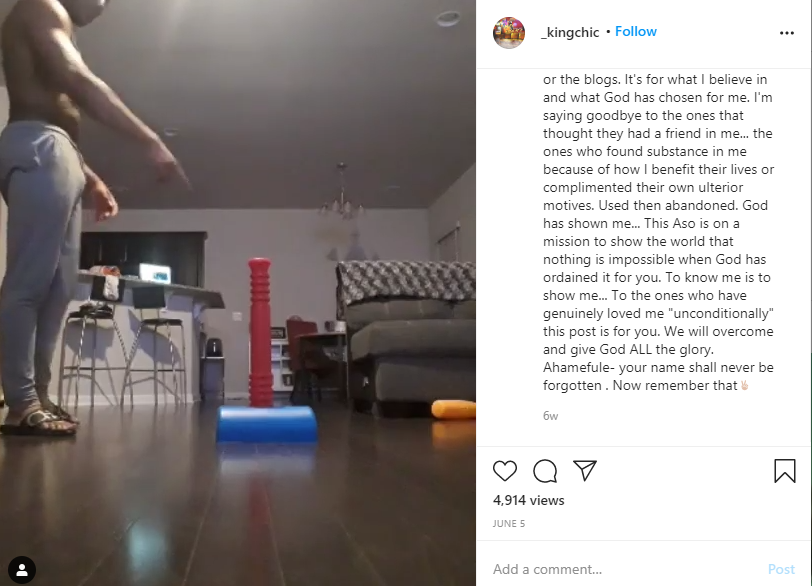