A Nigerian man has mourned the death of his brother who is a soldier killed by Boko Haram terrorists. 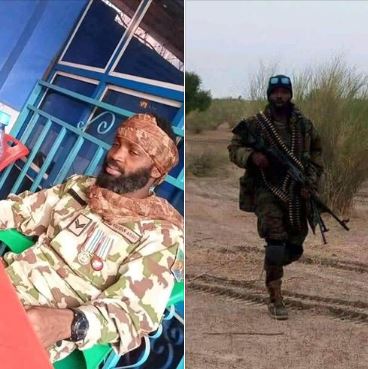 Benjamin was killed during battle with Boko Haram terrorists
A Nigerian soldier identified Possible Aje Benjamin has died during a battle with Boko Haram terrorists.
Inala Willie shared the photo while mourning him.
He wrote:
"The ground has taken too many young brave men. Soilders dying in battles they know nothing about. The system failed you Bro, but I salute you Soilder. Thanks for all the sacrifice you paid for a peaceful Nigeria.
You will greatly be missed Bro.
Goodnight Benjamin
Goodnight Brother" 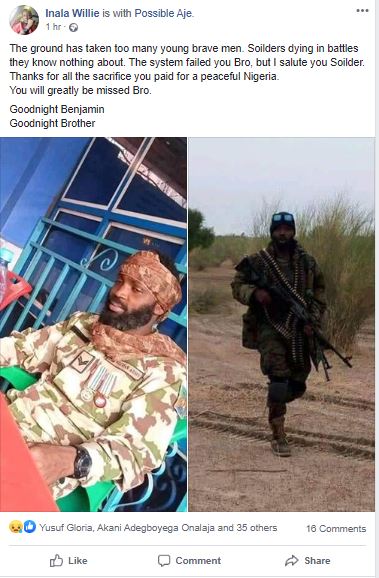