BBNaija housemate, Vee has sparked outrage online after she claimed she doesn't like android phones touching her hands. 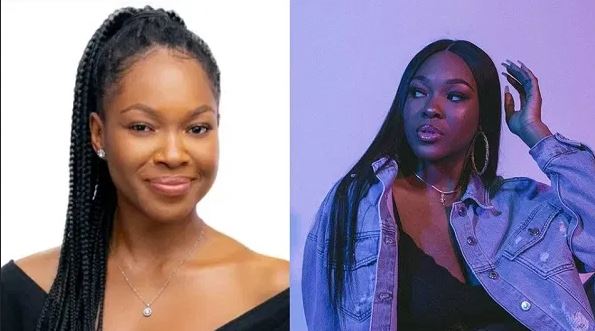 Many social media users are reacting to a statement by BBNaija housemate, Victoria “Vee” Adeyele that she doesn’t like Android phones touching her hand.

Vee disclosed that she loves iPhones and hates to touch Android phones. She made this disclosure during the question and answer session of the ongoing Big Brother Naija 2020 show.

Android or iPhone? Her fellow housemates questioned her and  she replied; “I don’t even like Androids touching my hand, I’m an iPhone person.”

Her response has attracted massive discontent from viewers and many have to taken to Twitter to react.

@DonPhlexx: Please all the people using Android phones should never vote for this mumu called Vee. Let’s see how far you’ll go before your are kicked out of the BBNAIJA house! Smirking face.

@Sirfreshsemi: No Android user should vote for Vee and we should all make sure she leave the first time she’s up for eviction.

Victoria “Vee” Adeyele (23) is a musician based in Lagos, Nigeria. Vee, as she is affectionately known, was born and raised in London and moved to Lagos almost a year ago to begin her music career where she has already made great strides.