FAAN accused Safiyanu of slapping a security officer who cautioned him for obstructing security processes. 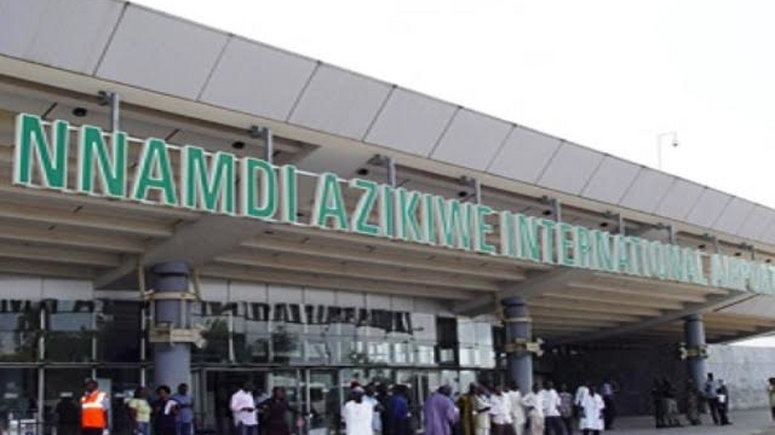 The Federal Airports Aviation Authority FAAN has accused the head of the DSS at the Nnamdi Azikiwe International Airport Abuja, Safiyanu Abba, of slapping an airport security officer.

In a statement released on its Twitter handle this afternoon, FAAN said Safiyanu slapped the security officer who cautioned him for obstructing security processes.

The agency said on July 17, a passenger had walked through the metal detector and activated the alarm. Safiyanu allegedly stepped in and stopped further search on the passenger. He allegedly slapped the security officer who cautioned him after he stopped the further search.

The Statement From FAAN Reads;

We note with dismay that Mr Safiyanu Abba, the Head of DSS at NAIA deliberately obstructed airport Security process, and slapped an Aviation Security Officer who was performing his duty by calling on Mr Safiyanu Abba to desist from doing so.

He breached security procedure by obstructing further searching of a visitor who had just walked through the metal detector and activated the alarm.

The Federal Airports Authority of Nigeria strongly condemns this abuse of power and the Security process in our airport. This has also been duly escalated. FAAN committed to our core values of safety Security and comfort.