If Kim And Kanye Break Up, I Will Be A Baby Mama - Actress Moyo Lawal Says


Popular Nigerian actress, Moyo Lawal has said she would be a baby mama if Kim Kardashian and Kanye West call it quits.

Busty Nollywood actress, Moyo Lawal says she's hoping her favourite couple, Kim Kardashian and Kanye West will not break up because if they do, it will make her lose faith in love.

She stated that if Kim and Kanye's marriage crashes, it means that most relationships are just about "looking good". She added that other couples are no different but theirs have just not played out in the public.

She went on to say that she'll just become a baby mama if Kim and Kanye divorce. 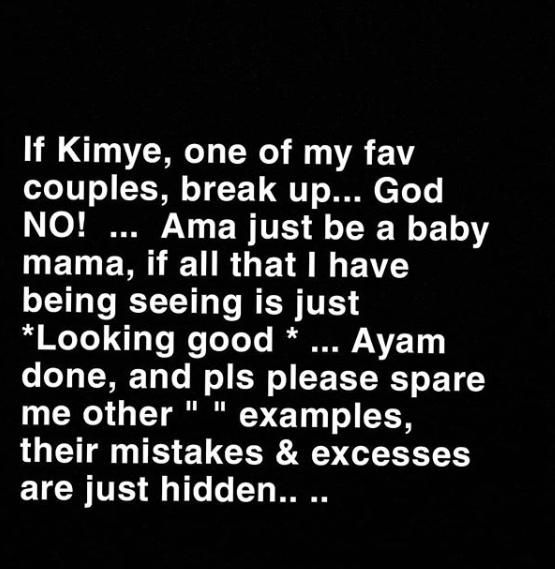