The man, simply identified as Dan on Twitter, claimed his wife left him to be with her ex boyfriend. 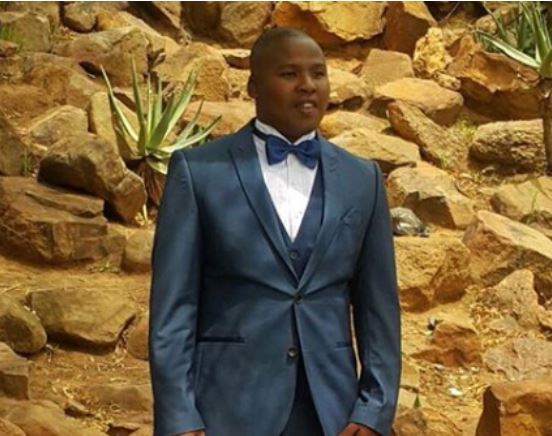 A South African man has taken to his Twitter handle to share the sad story of his divorce from his wife of two years.

The man, simply identified as Dan on Twitter, claimed his wife left him to be with her ex boyfriend.

Tweeting with his Twitter handle @DMlamla, Dan said he and his ex-wife dated for seven years and were married for two years. According to him, he started noticing changes in her when she got a job. He later discovered she was still seeing her former boyfriend.

Efforts to win her back proved abortive as she informed him she was still in love with her ex-boyfriend and that he was her ideal man.

His story reads: ''My story for divorcing. We were 7 years in a relationship and 2 years in marriage. She got a job then all of a sudden I started seeing a sudden change in her. Kanti that time useqomile.

I caught her more than 3 times with the same guy but she kept on saying they have broke up but they were dating.I tried fixing things it with her but I failed. I called my family they failed.

I called her family they failed and said I should see what to do because bona bahlulekile. I sat her down and asked her to please be free to me and just speak like a friend why enza kaso.

She then told me that it's hard for her to dump the guy because she loves this guy. Imagine she even went as far as that we should be in an open relationship until after we reach 30 years, her reasons was that she got married young and she can't leave the guy because they both in love with each other.

I was so broken and hurt. It was the first time I cried for a woman I begged her to love me. I remember kneeling down begging her to love me. At that time we stayed together maybe about 6 months without sex We would go to church putting rings like nothing is wrong.

What made me to decide to leave or she must leave was when she told me that this guy was her ideal man. That me I was just a good guy and had potential to be a good husband but yena all these years she wasn't happy.

I did all I could in my power. I remember hiring a car to chase them and when I get to her work she just said "unedrama shame"

But what I can is that YOU CAN NEVER BE GOOD ENOUGH FOR SOMEONE WHO DOESN'T DESERVE YOU.''