A member of the senate has been praised for taking the initiative to empower youths of his community.

Jika shared cars, motorcycles and keke napeps to constituents
There was massive jubilation in Bauchi state after Senator Haliru Jika decided to empower youths of his community on Monday.
According to Vanguard, the lawmaker representing Bauchi Central in the upper chamber, distributed items worth millions of naira to both youths and women in his constituency.
Items distributed include 55 cars, 96 motorcycles, 83 tricycles, 50 power generating sets, 130 sewing machines and 40 water pumps.
According to him, each of the beneficiaries would receive N10,000 as a giveaway.
Jika also presented N3 million cash donation to 300 women in the six LGAs in the district to enable them engage in businesses of their choice.
He said the reason for the project is to reduce the rate of unemployment among youths and also to encourage the spirit of self reliance among women in the area.
See more photos below: 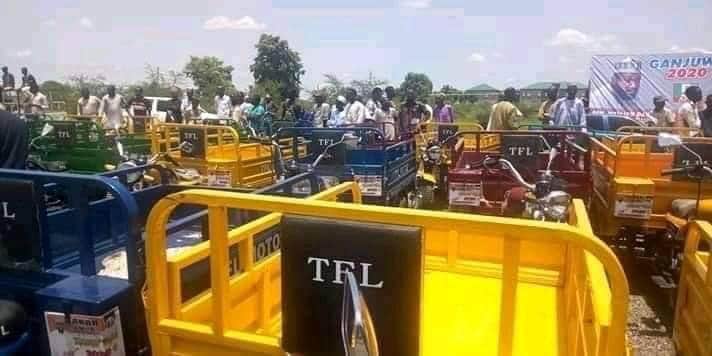 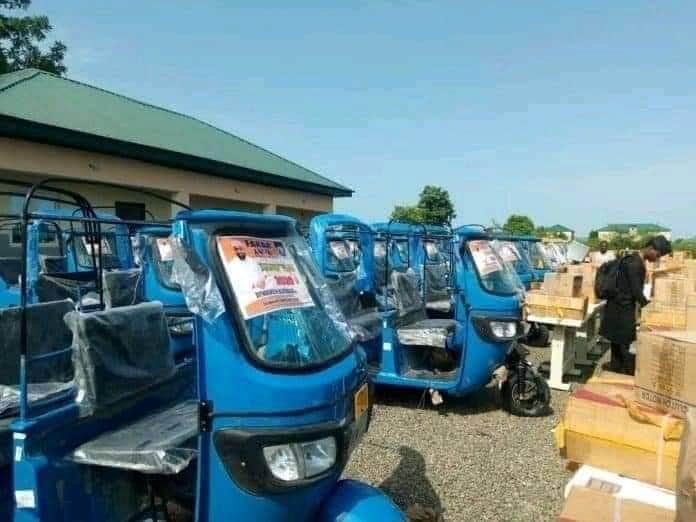 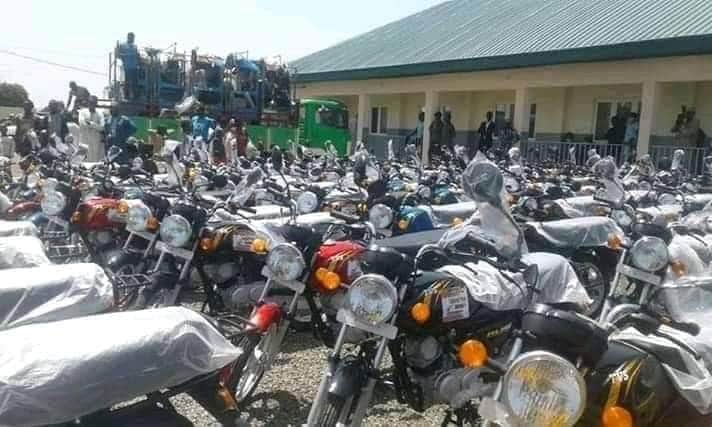