Meet Gabe Okoye, The Nigerian-Born Politician Who Is Running For US Senate (Photo)


Okoye, who hails from Enugwu-Aguleri, in Anambra, is seeking the main opposition party’s ticket for the Nov. 3 general election into the Georgia State Senate to represent District 9. 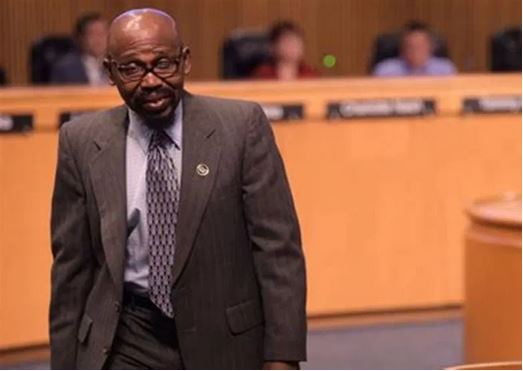 A Nigerian, Mr Gabe Okoye, is on the ballot in a forthcoming Democratic Party’s senatorial primary runoff election in the U.S.

Okoye, who hails from Enugwu-Aguleri, in Anambra, is seeking the main opposition party’s ticket for the Nov. 3 general election into the Georgia State Senate to represent District 9.

Okoye, who is a chieftain of the party in the state, faces a black female challenger, Nikki Merritt, in the second round scheduled for Aug. 11.

They both advanced to the runoff stage after defeating a third aspirant, Cheryle Moses, in the first round of the primary held on June 9.

The winner will face the incumbent, Sen. Peter Martin, a Republican, who has been representing the district since 2015 and is seeking a fourth term.

Okoye is currently a Planning Commissioner in Gwinnett County, the second-most populous local government in Georgia, and is the first black man to serve as a commissioner in the county’s 202-year history.

The civil engineer and founder of Georgia-based construction firm, Essex Geoscience, also currently serves on the Executive Committee Board of the Gwinnett and state chapters of the Democratic Party.

Among other goals, Okoye is seeking to capture the District 9 seat from the Republican Party, which has held it for over 30 years, “with nothing to show for it”.

He told the News Agency of Nigeria (NAN) that he was also aspiring to give the black community in Gwinnet County, his base, a strong voice at the state level.

In these regards, the senatorial hopeful carved a niche for himself while serving as the Democratic Party chairman in the local government between 2016 and 2018.

As of the time he emerged the party chairman in 2016, Gwinnett was a Republican stronghold, with only five of the 25 elected officials in the county being Democrats.

However, the tide turned when Okoye led the party into the 2018 mid-term elections and recorded historic wins.

They captured 13 elected offices, including the majority of Gwinnett seats in the Georgia state legislature, from the Republicans, who currently hold only seven positions.

The Democratic Party swept the two county commission seats that were up for election and also took one of the two School Board seats contested for.

Also, the party reclaimed the office of the Solicitor General of the county after decades in the hands of the Republicans.

“The Democratic Party also produced the first black state judge from this county under my watch,” Okoye told NAN.

In recognition of these historic achievements in Gwinnett, the Georgia House of Representatives in Resolution 313 of 2019, designated Nov. 6 of that year as Gabe Okoye Leadership Day.

The resolution partly read: “Gwinnett County is the most diverse and the second largest county in the State of Georgia, but this diversity was not reflected in the county’s leadership.

“Gabe Okoye exhibited great leadership in mobilising and educating the various 9communities of Gwinnett County on the fundamental right to vote.

“He worked hard to help make the leadership of the county more inclusive, and the result of his hard work was made manifest during the general election on Nov. 6, 2018.

“Therefore, be it resolved by the House of Representatives that the members of this body commend Gabe Okoye and recognise Nov. 6, 2019, as Gabe Okoye Leadership Day in Gwinnett County.”

Okoye moved to the U.S. in 1981, and has been residing in Lawrenceville, a suburb of Atlanta and headquarters of Gwinnett County, since 1992.

On arrival in the U.S., he started life as a security guard, worked his way through college to become a licensed civil engineer, and later became an established Essex Geoscientist.

Married and blessed with four “grown and successful children’’, Okoye believes he has realised his American dream, and is fighting for others to realise theirs.

“Therefore, I will give a fearless, strong voice to the silent majority in our district and our county in general,’’ he said on his campaign website.

A former Chairman of the Nigerians in Diaspora Organisation – Americas (NIDOA), Okoye told NAN that another of his main objectives was to bring the Nigerian community into the mainstream of U.S. politics.

Okoye, who represented Nigerians in the Diaspora at the 2014 National Conference in Abuja, decried the absence of his fellow countrymen in the U.S. political and civic space, in spite of their enormous contributions to the country’s development.

“What we Nigerians do here is to attend our various ethnic meetings and then go home.

“Our people don’t mix with the main stream of this country, and I think it is wrong.

“I also think that we are not leading our children the right way. We should clear the way for them into the American politics.

“We don’t hear our names in the political lexicon of this area. I want to encourage our children to go into politics,’’ he told NAN