The Presidency has urged Nigerians to accept the repentant Boko Haram insurgents back into the society. 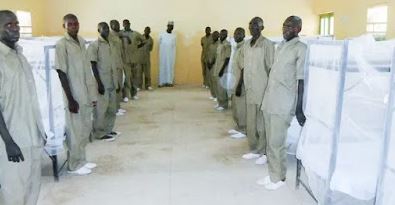 President Muhammadu Buhari on  Wednesday urged Nigerians to accept the repentant Boko Haram fighters unless they want the insurgents to take up arms and resume terrorism from which they have been rehabilitated.

The presidency also dismissed as untrue, the insinuation that the current administration had been absorbing repentant Boko Haram terrorists into the Nigerian military.

Garba Shehu, the Senior Special Assistant to the President on Media and Publicity, said in a statement that none of the 601 former Boko Haram members who voluntarily laid down their arms and had recently graduated from the Federal Government’s de-radicalization and rehabilitation programme, was going into the military.

“At the point of their graduation, a determination is made that the former combatants have repented and are better citizens, imbued with genuine nationalism. They must no longer represent a danger to society or to themselves.

“Where they’re certified as such, communities have the duty of accepting them. Unless they want them to take up arms and resume terrorism from which they’ve repented, community leaders must work with the relevant agencies to end their rejection,” Shehu said in the statement.