How A Teenage Blackmailer Forced Me To Post My Nude Pictures Online - Singer, Salawa Abeni Speaks Up


Salawa Abeni opens up on her recent blackmail experience, what she’s doing to give her career a boost and challenges, among other issues. 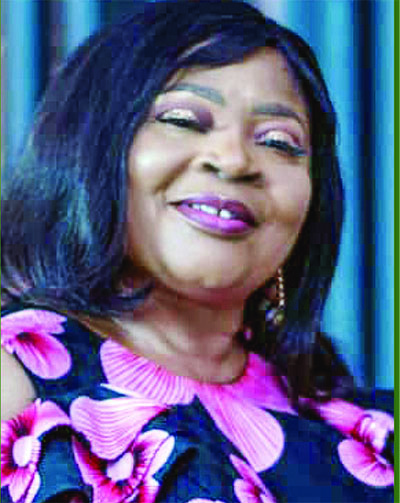 Salawat Ibiwunmi Abeni has been making waves in the Nigerian music industry since the ‘70s. Her music, through which she entertains her fans, informs and educates them about current affairs, has evolved over the years.

In this chat, the singer famously known as Salawa Abeni opens up on her recent blackmail experience, what she’s doing to give her career a boost and challenges, among other issues. Please enjoy it.

Cases of rape are on the increase these days, as a mother what would you say to that?

It is very touchy and very bad. Not only in Nigeria, it also happens all over the world. As a musician, I’m working on it and would release a song on it very soon. I am doing a song on child abuse and rape. Raping a three-year-old child is very sad. I don’t know why some men do it. How can a man rape a three-year-old baby? May God help us in this country!

How has COVID-19 affected you as a musician?

It has affected everyone. I have been home since March 15; it’s almost five months now. I have been in my house, not being able to work. But I thank God for life. I’m releasing songs on rape and COVID-19 very soon. I have been doing voices on my Instagram page, but this time, I’m going to release an album. There are so many bookings lined up, but there’s nothing one can do about it. It’s not my fault. We have to wait till when everything is over. My son went abroad since March 5, and he’s supposed to be there for three weeks. It’s already five months and he’s still in London. COVID-19 has affected everybody.

What kept you busy during the lockdown?

We quarantined ourselves in the house. I jogged, using my facemask, returned home and sanitised my hands. It’s been hectic. If everyone survives this year, there’s going to be a special thanksgiving. The little I could afford I gave out as palliatives, but I didn’t want to make noise about it. I don’t have other means of income than music. And when you keep spending and nothing comes in, that is bad. I have families and friends looking up to me. That’s why I also need palliatives from the government. I catered for about 500 people during the lockdown and also during Ramadan. I would still love to do more because a lot of people are suffering. That is why I said if you survive this year, it would be a big celebration. COVID-19 has really humbled everyone.

What lessons have you learnt about life?

I’ve learnt a lot of lessons. I have not heard of any disease troubling the whole world like COVID-19.

Since COVID-19, life has been boring, no activity. So, I do workout, go round my house. And I play with my grandchildren.

Your son, Big Chef, is equally a musician; did you influence him?

Big Chef, his dad and I are musicians. Immediately after secondary school, he wanted to go fully into music, but I advised him to get his degree first. I believe it would give him more opportunities and confidence. When he completed his (degree) projects, he said he has fulfilled my dreams, and I assisted him and his dad assisted him too, music-wise.

Funny enough, I don’t go on holidays, I only go abroad to work. I observe most of my holidays in Lagos. But sometime ago, I travelled to Dubai for my health. I love all the countries I have travelled to. Despite the fact that I cannot speak French, I love France.

If there were to be reincarnation, would you still want to come back as a musician?

Yes, of course. But I’ll like to be more educated because I didn’t have the opportunity of going to school. My parents didn’t have money to send me to school.

How was life growing up, any memorable experience?

My father is from Ogun State, while my mother is from the Odufoworo family in Epe, Lagos State. I started my career in 1974. I lived with my guardian, Mr and Mrs Otun. I have always wanted to be a musician. I was 13 going to 14 and I always listened to the music of King Sunny Ade, Ebenezer Obey and Sikiru Ayinde Barrister on radio. In those days, I usually peeped from a neighbour’s house to listen to the music of these artistes on the radio. That was what motivated me to become a singer. I did my first album in 1978, singing about the late Murtala Muhammed. My dad died at the age of 78, on April 14, 1990. My mum died five years ago at the age of 98.

You marked your birthday during the lockdown…

Yes, I did, but there was no party. By the special grace of God, I will celebrate my birthday big next year when I clock 60.

You posted your nude pictures on social media recently, Could you tell us what led to that?

I give thanks to Almighty Allah and the Nigeria Police, especially the RRS Squad. I reported to them on April 1, when the boy first called me around 9:00a.m. He said, ‘Good morning madam, I have your nude pictures’. That was what he said. He began to send the pictures to me. At a point, he made a video call, but I didn’t pick it. After that, he said I should get back to him so that we can negotiate. It was then I decided to post the pictures online by myself, after consulting my children. Till today, I don’t know where I took the nude pictures he’s talking about. But I decided to post them on my page. Maybe I took the pictures in the hospital or while I was with my partner, because that’s what he wanted to hammer on. But because he wanted to spoil my career, which God built since I was a child, I decided to act fast; and God saw me through the ordeal.

Where is the boy now, did you eventually meet him?

I finally met the boy in the police station. I was dumbfounded to see a small boy, he is 19 years old. And his mother said she is 40 years old, which means I’m old enough to be his grandmother. I felt so bad. I said, ‘you this small boy, what is my offence? What did I do? Who sent you? What did you want to achieve by doing this?’ He said he saw my memory card on the floor in his school at Yaba College of Technology. I scolded him that he is not thinking of building his career in order to encourage other youths. I reported the case on April 1, and two days before Ramadan, the boy was caught.

Check Out These Lovely Photos Of Actress Regina Daniels With Her Hubby And Their Son, Munir
Recent Stories