The activist who led local anti-government protest was gunned down. 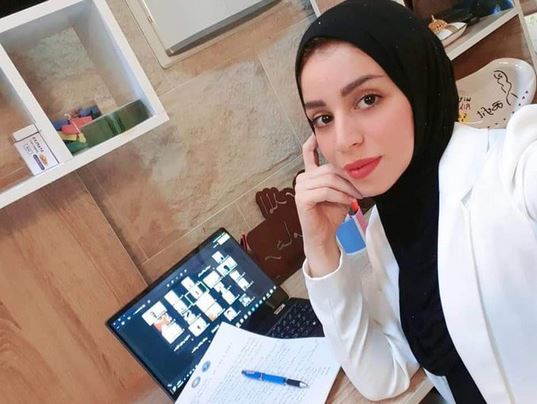 Riham Yaqoob, a female Iraqi activist and doctor who led local anti-government protests was shot dead in the Iraqi city of Basra on Wednesday August 19.

Following the murder of Yaqoob, Prime Minister Mustafa al-Kadhimi dismissed Basra's chief of police and other security officials. He also vowed  to "do everything necessary for the security forces to undertake their duties".

"Complicity with the killers and submitting to their threats is rejected and we will do everything necessary for the ministry of interior and security agencies to carry out the task of protecting the security of society from the threats of outlaws." 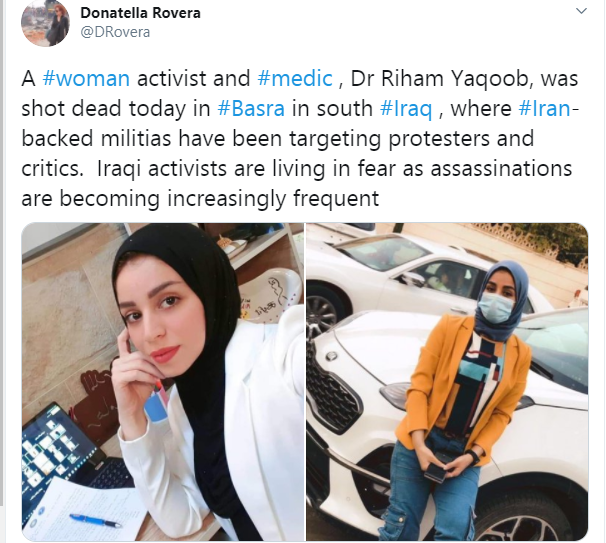 This is coming barely 5 months after Kadhimi, a former intelligence chief was sworn-in following the resignation of his predecessor over the mass protests in the capital Baghdad, Basra and other southern cities.

There has been continous protests in Iraq due to the endemic corruption, high unemployment, dire public services and foreign interference.