Oh No! Final Year Student Of Nasarawa University Dies While Trying To Rescue A Man Who Was Being Electrocuted


A mobile phone repairer was about to pick up his tools when he was electrocuted by a nearby high tension wire and the student went to help. 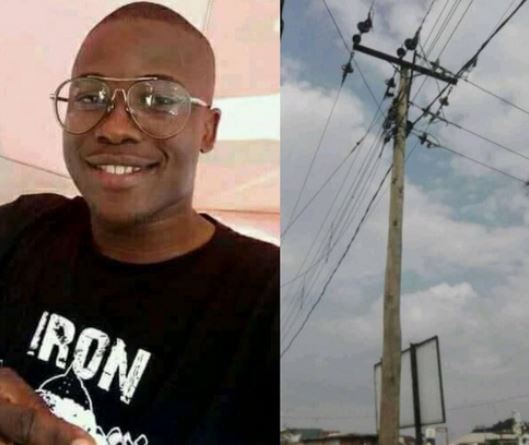 The young man lost his life while trying to rescue a trader who was being electrocuted at the GSM market in Keffi, the state capital on Monday, August 17.

According to reports, a mobile phone repairer, Junaudu Shaibu was about to pick up his tools when he was electrocuted by a nearby high tension wire.

Zaidu had tried to rescue Shaibu when he got electrocuted as well.

He has since been buried according to Islamic injunctions.

His family and friends have taken to social media to mourn his passing. May his soul rest in peace, Amen. 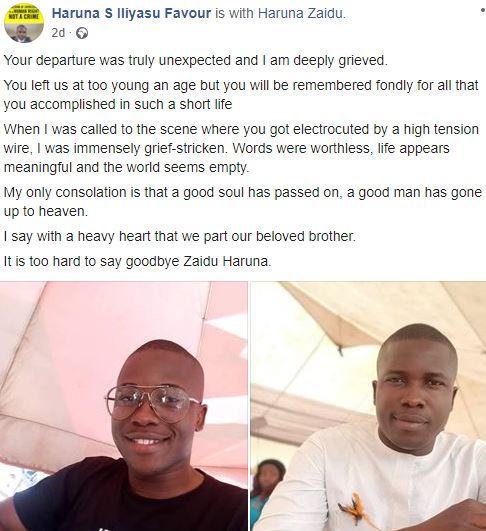 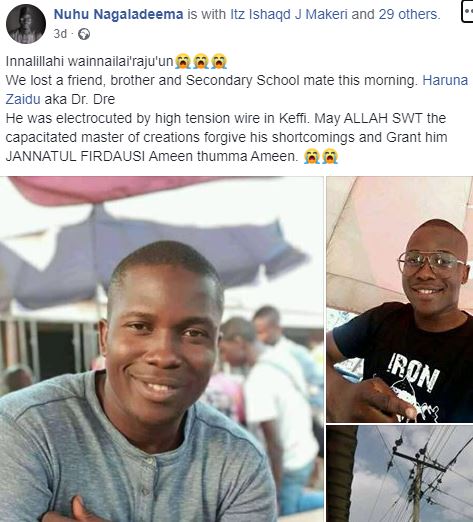