According to him, his journey as a passionate feminist was a bit confusing because some of the feminist beliefs do not corroborate the Gospel of Christ that saved him. 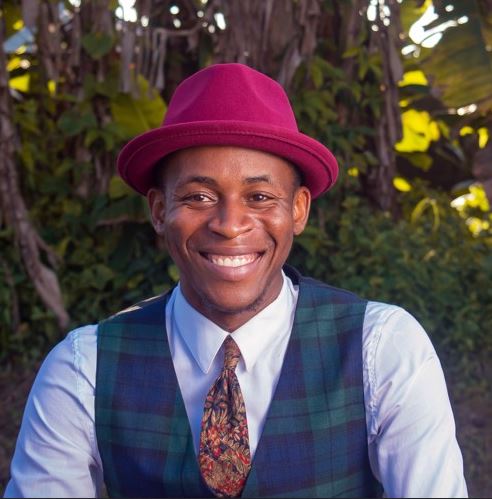 Controversial self-acclaimed "King of feminism", Solomon Buchi has denounced the movement and he gave reasons for his action.

Solomon Buchi has been a vocal feminist on Instagram and Twitter for years. He recently caused an uproar when he referred to himself as the "King of feminism".

Today, he announced that he no longer identifies with the "secular feminist institution" because of what "feminism has evolved into" and because it doesn't "corroborate the Gospel of Christ that saved me".

He also apologized to anyone he might have offended in the phase of his "passionate feminist advocacy."

He wrote: "From today, I cease to identify with the secular feminist institution. As a Christian, my journey as a passionate feminist was a tad labyrinthine because for what feminism has evolved into; some of the beliefs do not corroborate the Gospel of Christ that saved me.

"From sexual liberation to LGBTQ to prostitution and a few other things. My Christian faith doesn’t authenticate these extremely leftist ideologies. Secular world views can be liberating, but when we exterminate ABSOLUTES & tilt to total relativism, it’s a land of no return.

"I am not even denying the blatant injustice against women, especially women of colour, that has eaten deep into the fabric of our society; even enabled by many religious bodies.

"However my advocacy will be an expression of my faith in a just God. There’s no advocacy greater than The gospel. Jesus liberated us from all forms of inequality before any secular institution. He is our ultimate freedom fighter and if we all reflect his love, the world will fine."

Apologizing to those he offended while being a feminist, he wrote: "This will be a rude shock to some people. I know right....I also want to apologize for ever being condescending toward anyone in the phase of my passionate feminist advocacy; I am sorry. I look back and see zealous fumbles I made. Moving on, It’ll be more of love and grace."

Read his entire thread and some reactions to it below; 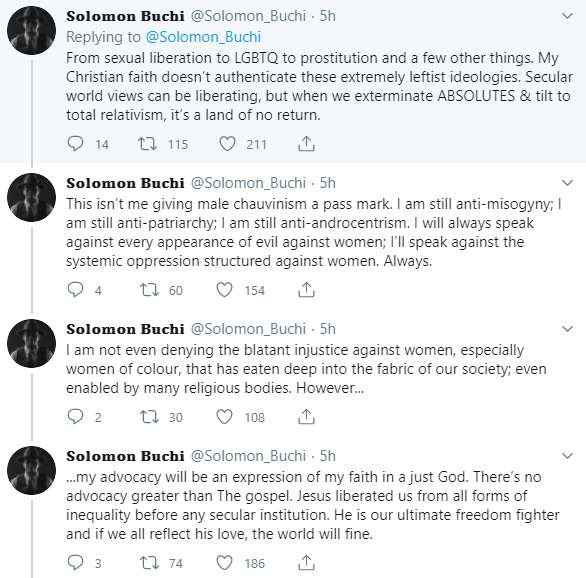 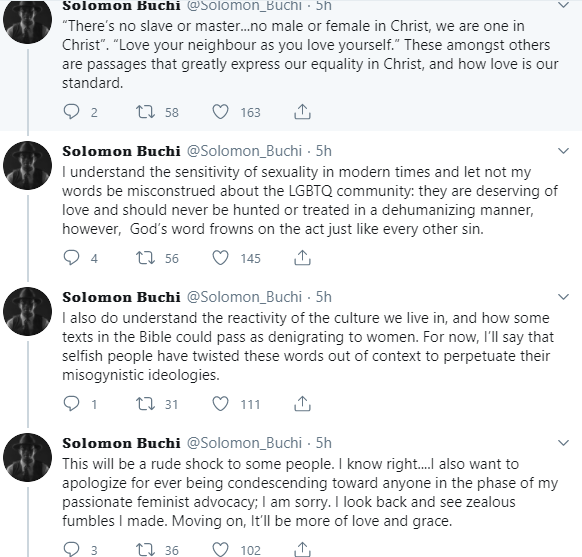 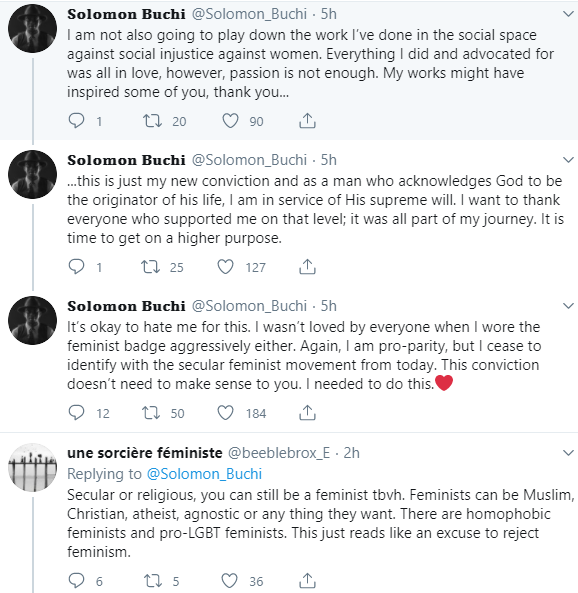 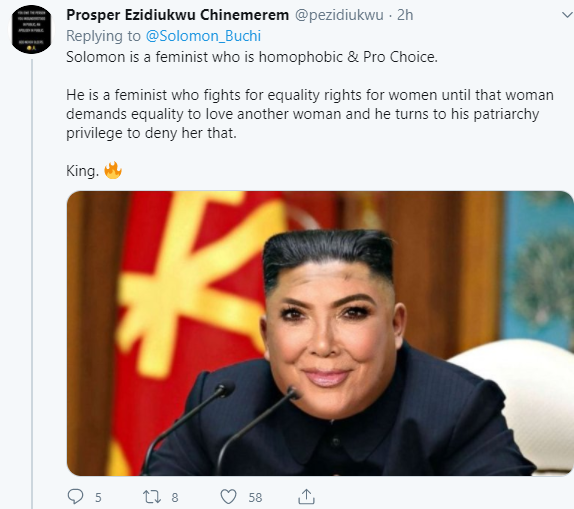 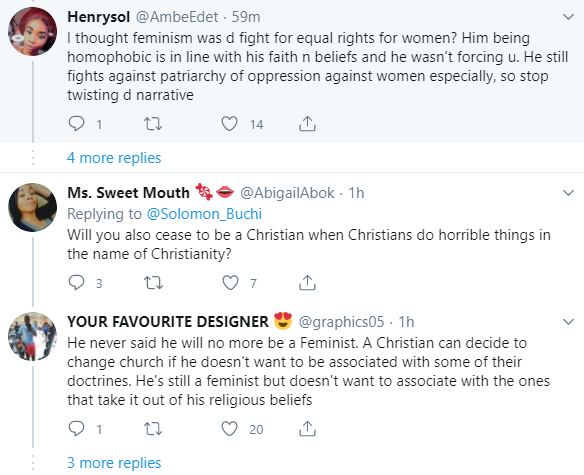 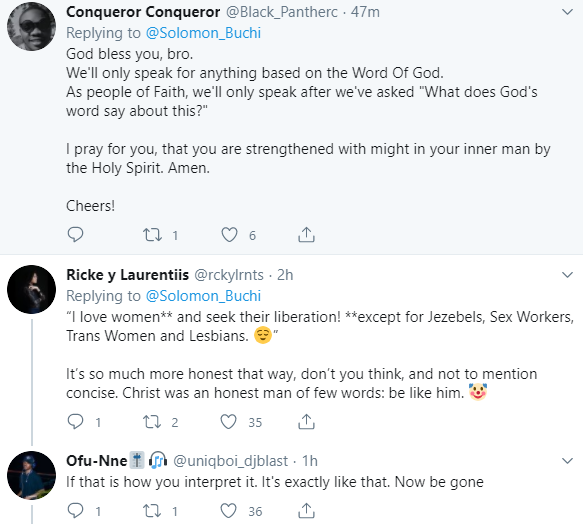