The police are currently on the trail of the suspected serial killer who murdered a community leader alongside others. 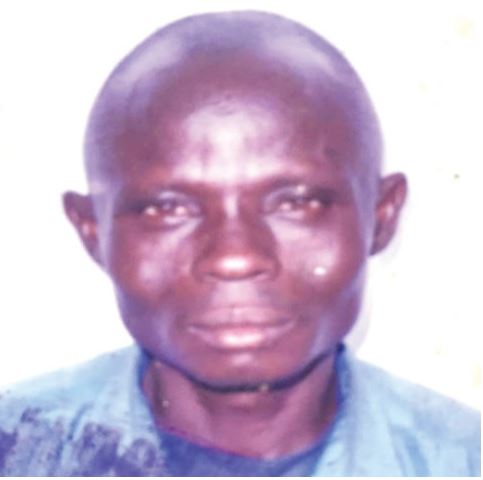 A suspected serial killer who allegedly killed a 53-year-old leader in Oluwatedo community, Ogere, in the Ikenne Local Government Area of Ogun State, Olatunji Oladeji, is currently on the run

According to reports, the suspected serial killer, Feyisola Dosumu popularly known as Spartan, has been terrorizing members of the community for years and has evaded police arrest.

Family members of late Oladeji say he was about entering his house after returning from work on Friday, August 21 when he was accosted and attacked by the suspected killer who allegedly used a machete to hack him to death. Oladeji was rushed to the hospital in the pool of his blood where doctors certified him dead on arrival.

Until his death, late Oladeji was the Vice-Chairman of the Oluwatedo Community Development Association.

Residents of the area claim the suspected serial killer who is an alleged cultist and has killed over 15 persons in the area. According to them, most of them have had to abandon their homes for fear of being killed by the suspect. They alleged that only last month, he used a machete to hack a female nurse residing in the area to death, after raping her.

They alleged that the suspect had a mental breakdown sometime back and was admitted at the Neuropsychiatric Hospital, Aro, Abeokuta. He allegedly escaped and returned to the community where he has killed some of the residents.