During his media rounds on Tuesday, Praise predicted who he thinks will be in the top five final housemates. 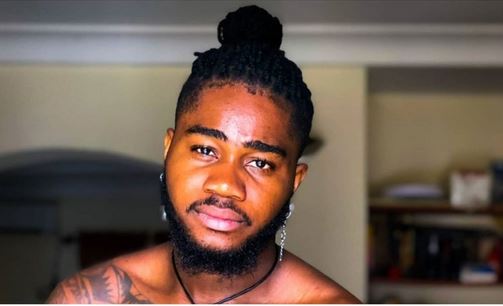 Praise, the Evicted Big Brother Naija Lockdown housemate, has revealed five housemates likely to be in the finals.

Praise was evicted on Sunday after Kiddwaya saved Wathoni over him.

During his media rounds on Tuesday, Praise predicted who he thinks will be in the top five final housemates.

According to him, “Laycon, Erica, Nengi, Prince and Kiddwaya would be the final top housemates.”

The eviction of Praise on Sunday left 14 housemates to battle for N85m grand prize.

Praise prediction is likely to come to pass as the aforementioned housemates have never been among the bottom housemates every Sunday.

DAILY POST earlier listed housemates with a strong fan base who have never been up for eviction on Sunday or made it to the list of bottom eight housemates since the beginning of BBNaija lockdown edition.

The housemates are Laycon, Kiddwaya, Erica, Nengi, Ozo and Dorathy.

Without any twist introduced later in the show by the organizers, anyone of these housemates could emerge winner of Season 5.

The winner of BBNaija season 5 goes home with N85m worth of prize.