BBNaija is a reality show in which contestants live in an isolated house for a period of time and compete for a large cash prize. 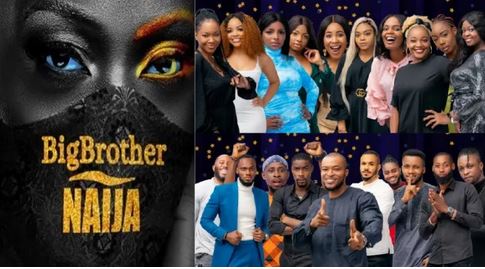 Ven. Ifeanyi Akunna, Vicar of Anglican Church of the Epiphany, Abuja has called on the Federal Government to ban Big Brother Nigeria (BBNaija) reality show and other similar programmes.

BBNaija is a reality show in which contestants live in an isolated house for a period of time and compete for a large cash prize.

Akunna made the call in message entitled: ‘A House Built on Faulty Foundation’ made available to newsmen on Thursday in Abuja.

He said that such programmes promote immorality and erode the moral foundations upon which Nigerian youths should build on.

The cleric also tasked the government on restoring moral values and the dignity of education in Nigeria.

According to him, the addiction of Nigerians to reality shows like ‘Big BBNaija does not add to their moral value.

“All who watch the reality programme should desist from it and ask God for forgiveness as it does not promote a healthy relationship with God, neither does it promote healthy marital values.

“These things contribute to the faulty foundations upon which people build their lives and future.

“Any foundation that is not built on Jesus Christ must surely collapse — as only Jesus is the sure anchor of our lives and souls,” he said.

He called on the Nigerian Broadcasting Commission (NBC) and the Nigerian Content Development and Monitoring Board (NCDMB) to scrap the programme and censor programmes that do not teach moral values.

“Our relevant broadcast authorities should work to ensure that any content that does not promote moral values in the Nigerian society should not be broadcast,“ he said.

Akunna regretted that the media and the entertainment industry in Nigeria had paid no attention to the damaging effects of their contents.