The Federal Airports Authority of Nigeria says it needs to increase the charge to cover its overhead costs. 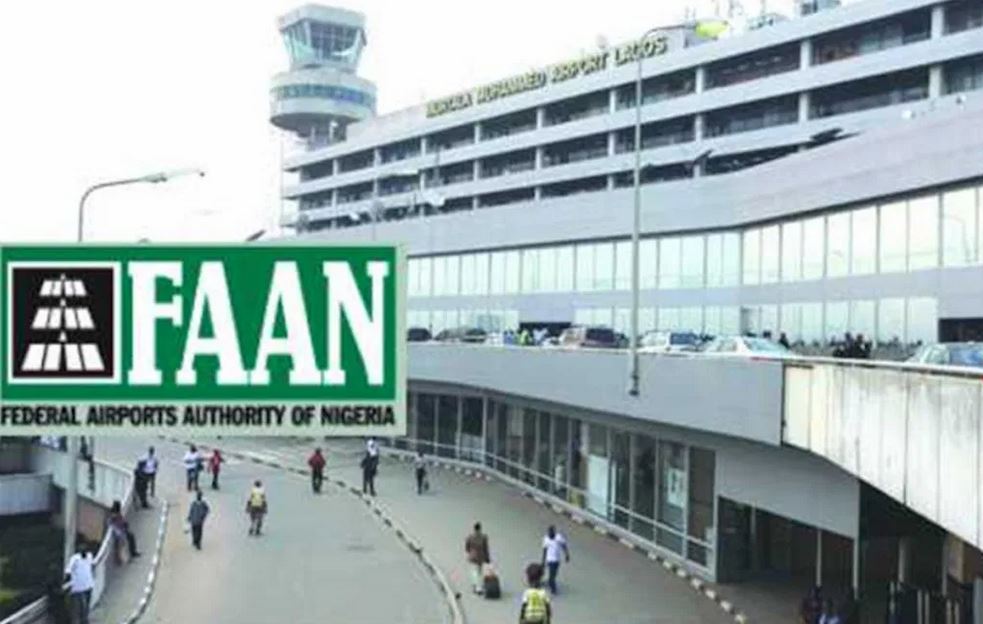 The Federal Airports Authority of Nigeria (FAAN) will increase its passenger service charge by 100% starting September 1, 2020.

The agency's Managing Director, Cap. Rabiu Yadudu who made the announcement on Thursday August 27, said the decision was influenced by the loss recorded in the aviation sector due to the Coornavirus pandemic.

Following the review of the PSC, domestic passengers who used to pay N1000 will now pay N2000, while international passengers within the Economic Community of West African States (ECOWAS) region will now pay $80 while others will pay $100.

“Airport management is capital intensive. FAAN has not increased PSC since 2011, despite all the huge capital investments at our airports. The current PSC charge of N1,000 is no longer realistic as it does not correlate with realities of cost-related inflation rate which the CBN has put at 12.82per cent.

“Besides, FAAN, until late 2019 was collecting the naira equivalent of PSC at an official rate of N305.50 – N344.38 to a dollar when airlines were collecting at subsisting market rate of about N362 to a dollar.

“It has, therefore, become imperative to review the PSC, from N1000 to N2,000 per passenger. This review which takes effect from September 1, 2020 has already been communicated to the airlines.

“The passenger service charge for domestic flight was N1000 but it will now be N2000. For an international flight, it was $50 for all but now, passengers within the ECOWAS region will be made to pay $80 while intercontinental passengers will be paying $100. So the increment is by $50.

“This increase is just a matter of necessity. If it is not necessary for us to increase, you will never see this increase. Secondly, our revenue is down by over 95percent. FAAN is a service delivery agency and if you are delivering service and your revenue is down by 95per cent, what do you do? You will do whatever you can legitimately to continue to deliver the service with the same level of quality.

“The increase of PSC does not even assure or guarantee us that we will be back to normal but it is just the beginning. This is just one aspect of the necessity because we need to survive and keep delivering and that is why we are increasing it.”

“You have to understand that almost every aspect of our operation is business and in this modern-day, it is relative.

“If you look at it from the aspect of the passengers and airlines, it is clearly not the most appropriate time but if you look at it from the point of view of the service providers that is about to be consumed by the pandemic and the economic situation, then there is no better time for FAAN than this time because it would have been worse if we just sit down and fold our arms.

“It is worthy of note that the Federal Government is increasing its direct deduction from FAAN to 40 per cent from 2021.

“With such deduction, the Authority will have a shortfall of over N16billion on overhead cost. The Authority is however engaging the federal government to exempt her from this deduction.”

On what the charges would be used for, Yadudu added;

“It should be noted that ICAO’s recommendation in Doc. 9562 stipulates that revenue generated by airports be transparently re-invested wholly in operating and developing airport facilities.

“Even before the increase, the PSC we receive is what we use to pay our salaries, our overheads and almost all our costs. Now that we are short in revenue, of course, the increment will be used to further improve our facilities.

“Most of our airports have dilapidated structures and airports are over 30 years old. We have a lot of work to do, improve the airfield infrastructure, the runway, the taxiway, the pavement and infrastructure facilities within the terminal like the equipment for baggage handling, air conditioning, almost everything within the airport needs refurbishment and with this, we hope to achieve more improvement.”