Following her disappointing exit from the BBNaija show, Erica has gotten a message from Ceec.

Ceec and Erica
Former big brother Naija housemate, Cee-C has consoled Erica following her disqualification from the BBNaija lockdown house yesterday night.
Ceec commented following a post that made reference to her. Recall also that in 2018, Ceec was a controversial figure during her period in the house.
The post read:
The original indabosky. Liquid metal since 2018. We know CeeC has grown since she left the house. What do you think CeeC would say to Erica right now?
Reacting to the post, CeeC says it’s not always about winning a race, but sometimes being a part of the race is just as good.
She wrote,
Sometimes it’s not about winning a race but being part of a race. It is enough that you were part of the race. You’d be fine maybe not now but eventually..
See post below: 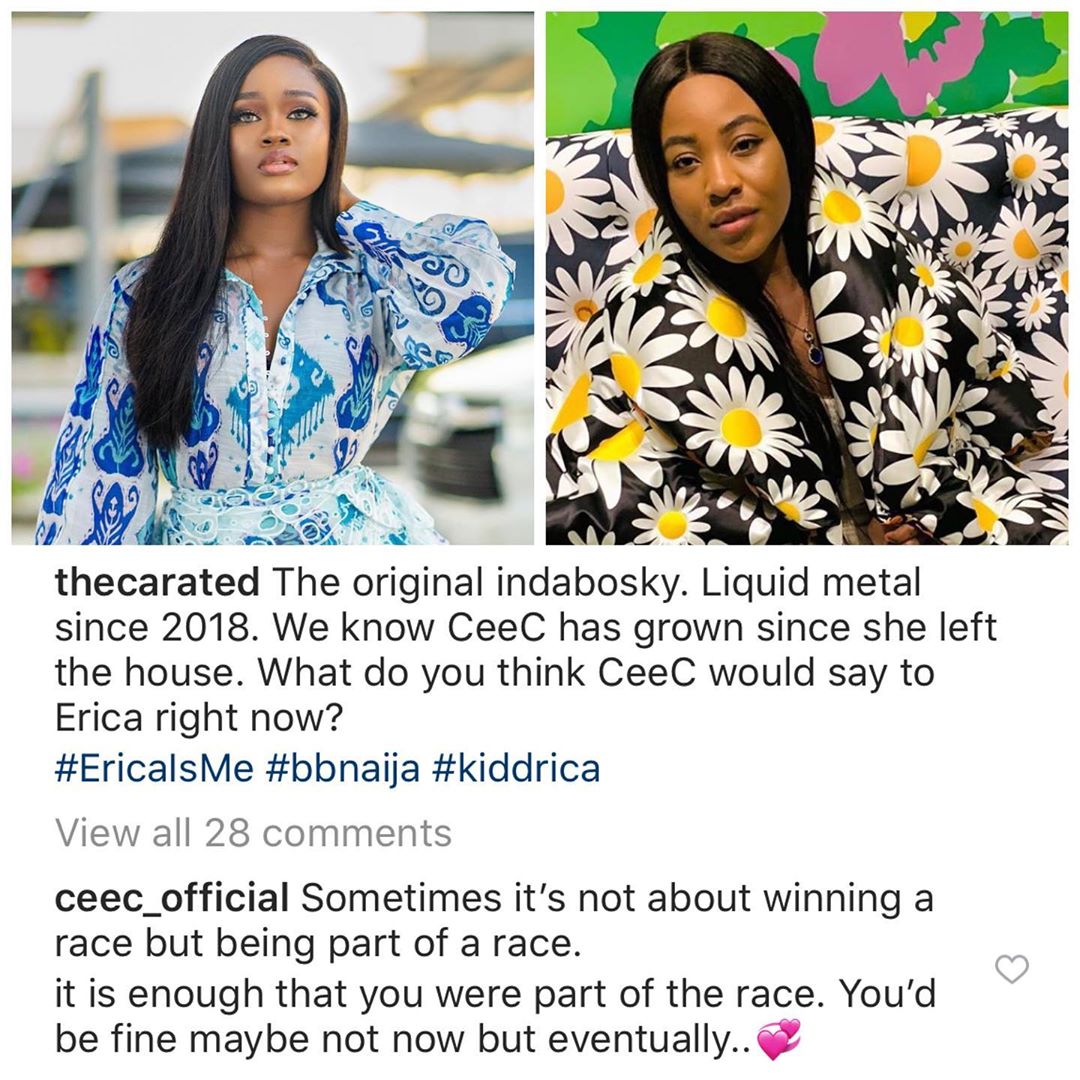