Can You Wash Your Girlfriend's Panties Like BBNaija Star, Neo?


Osayimwen opines that love is powerful and could bring out the weaknesses of a man. It could make us do stupid things at times. 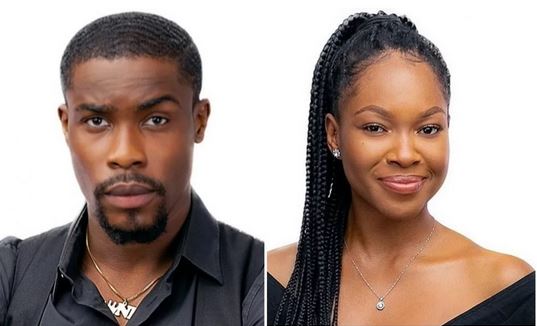 The yearly Big Brother Naija reality show has a way of sparking conversations about our daily lives. The show tends to expose the most hidden aspects of human lives. These issues subsequently form robust conversations on social media.

In the 2019 edition of the show, Frodd was allegedly caught on camera washing the panties of a fellow housemate, Esther whom he appeared to be intensely obsessed with. Frodd later denied doing this at the end of the reality show, and Esther also corroborated his denial. In the following year, 2020, Neo walked into that web and got himself entangled in it.

Neo was seen on camera washing the underwears of his lover, Vee - a United Kingdom returnee. Immediately a video clip of his action emerged on social media, it went viral with everyone appearing to have an opinion about it. Neo has been called a weak man for making that move. Those with superiority complex have bragged that they will never wash the panties of their girlfriends or wives even if a gun was pointed at their heads. The smoke from the debate was so choking that Neo was asked about the incident at the end of the show during the regular media rounds. The young man had no escape route, and he ended up further immersing himself deeper into the mud. According to him, he didn't wash the panties, he only 'rinsed' them. What is the difference? He has been labelled 'Arinze' on Twitter. This means one could jokingly refer to him as Neo Arinze now. So funny!

But on a more serious note, Nigerians have exposed themselves again as hypocritical people with the alpha male mentality. This shows the magnitude of gender imbalance in the Nigerian society. It further buttresses the erroneous teachings during our kindergarten days that the man is the head of the house (breadwinner) while the woman is the backbone (bread-eater). The woman is merely seen as a supporter who is relegated to the kitchen. It is acceptable for a woman to wash the underwears of a man, but the society perceives it as wrong if he reciprocates in the same fashion. Who is the custodian of these unwritten rules and regulations guiding human lives?

And also, is it not ridiculous that some men easily give head to women and pleasurably touch that area, but find it odd to wash the material covering of that private part? These are amusing times.

The good news is that this isn't the true nature of all Nigerian men. A high level of hypocrisy has marred the conversations. People who are under the control of their spouses in all ramifications are jumping on the issue for clout. They are making untrue and unreal statements to feel good and gather influence on social media. These individuals engage in demeaning activities behind closed doors and get away with them because of the absence of cameras.

If you follow the gist on social media, you will realize that most married men have kept their distance from the issue out of maturity, experience and exposure. They see no big deal in washing panties, especially under the right circumstances. The discussion has been crowded with 'boys and not men. Marriage isn't that easy as it looks on our TV screens. Some men have done unspeakable things to keep their families together. These are kept as top family secrets, just like we have state secrets in politics.

Dear Neo, you need not be ashamed of your actions. I guess you did that for love. Love is powerful and could bring out the weaknesses of a man. It could make us do stupid things at times. Ozo should be in a better position to discuss the side effects of love when the goddess called Nengi cast a spell on him. And also, Laycon almost missed his destiny when he fell for Erica who left him helpless. But our prayer is that the end will always justify the means. You washed, sorry 'rinsed' the panties for love and you should own up no matter the mockery trailing you. You are a real man. Vee is beautiful, and I pray that your relationship with her works.