The officials who work with the state ministry for reconstruction, rehabilitation and resettlement had appeared in a video days ago, pleading with the govt to come to their aid. 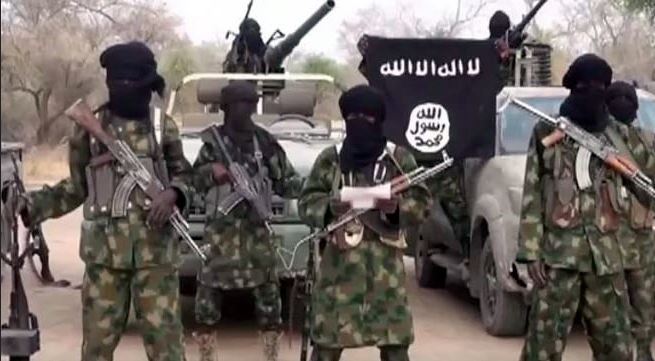 Five officials of a Borno State government ministry who were abducted while travelling between Maiduguri and Monguno last month have been set free by the Islamic State West African Province (ISWAP) faction of Boko Haram.

The officials who work with the state ministry for reconstruction, rehabilitation and resettlement (RRR) had appeared in a video days ago, pleading with the state government to come to their aid.

Premium Times reported that the Borno officials regained their freedom after Ms. Ummul-Kalthum Abdurrahman, the chief executive officer of Kalthum Foundation for Peace (KFP) intervened.  A source also told the publication that the ISWAP members had mistaken the civil servants for NGO workers.

“They initially thought the five abductees were staff of some NGOs.

“But they had to change their minds when they realised that they were only junior staffers, mostly labourers engaged by the ministry of RRR.”

Ms Kalthum also disclosed that the five abductees regained their freedom without any payment of ransom.

“All I know was that both the state government as well as the families of the abductees contacted us to assist.

“Later, we got a communication from the insurgents through some contacts, and they threatened to take their lives should we not act on time to save them. They informed us that they had agreed to spare their lives but that the amnesty would only last for some days.

“So, with the support of the state government, the DSS and the military, we were able to mobilise and move to the location they cited for us to meet them. They gave a strong warning never to allow any security personnel to come close to the point of receiving the freed abductee.

“When we asked the abductees, they said they had travelled for several hours to get to that location. One of them said they took them far beyond the shores of Lake Chad.”

“Yes, they have released them, and we have just reunited them with their families. But you can follow up with the ministry of RRR for other details about the positive development."