The 41-year-old had been depressed after his mother died and had taken several drugs which led to his death. 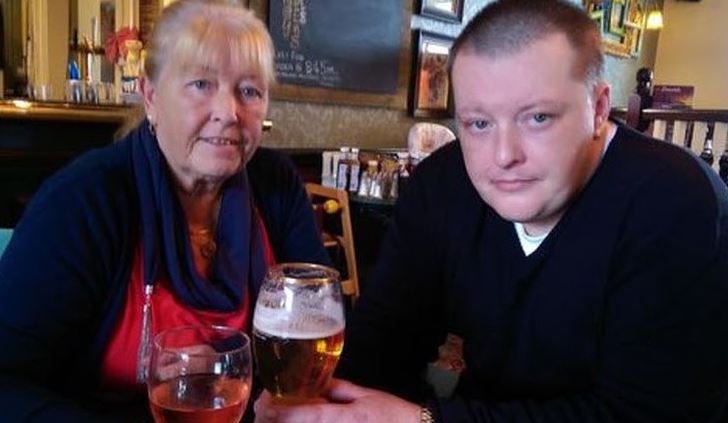 The Victim, Wayne Sant and his late mother, Brenda

A grieving man who lost his mother took his own life eight days after her death.

Wayne Sant, from Bucknall in Stoke-on-Trent, was found unresponsive in his bathroom and pronounced dead a short time later.

An inquest heard the 41-year-old had been depressed after his mother died and had taken a number of drugs which had caused his death, reports Stoke on Trent Live.

He said in a statement: “During the eight days since his mother’s death Wayne had not been coping and had been depressed.

"He made a comment that he didn’t know how he was going to cope without his mum.”

On January 29, Mr Sant went out leaving Wayne who lived with him at home. When he returned, Wayne was in the bathroom.

Mr Sant said: “The door was closed. I spoke to him because it was time for me to take him to the chemist. He said, ‘I’m sorry, Dad’. I understood that to mean he was sorry that he wasn’t ready in time.

“About five minutes later I heard a thud. I went to the bathroom but I couldn’t open the door.”

Mr Sant forced his way in to find Wayne lying on the floor. An ambulance was called and he was taken to the Royal Stoke University Hospital, but he could not be resuscitated.

Tests revealed he had a number of drugs in his system. The cause of death was recorded as mixed drug toxicity.

The inquest heard Wayne had been a long-term drug user. He was receiving assistance from drug abuse services and was on a prescription for methadone.

Two days before he died, he had told his GP he was having trouble sleeping since the death of his mum. He denied having suicidal thoughts and was prescribed a sleeping pill.

She said: “I am satisfied Wayne Sant intended to take his own life. His mum had died eight days previously and he was not coping well.

"He had expressed a view that he did not know how he would cope without her.

“He had taken himself to the bathroom and locked the door, not wanting to be found, and did so while his father wasn’t at the address.

"The quantity of substances he had taken tips the balance for me.”