Nigerian singer, Burna Boy is the proud owner of a Richard Mille Wristwatch said to be worth N50 million. 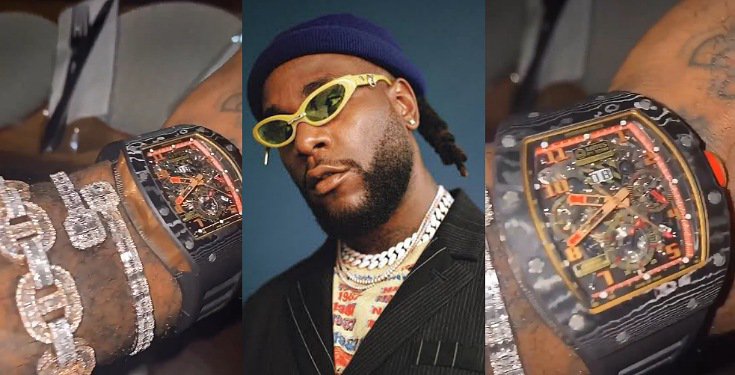 Burna Boy shows off expensive watch
Musician, Damini Ogulu a.k.a Burna Boy is the latest owner of an expensive foreign watch reportedly worth N50 million.
The two-time grammy nominated artiste took to his social media to showoff his newly acquired Richard Mille wristwatch worth over N50 million.
The “Twice As Tall” album owner and “On The Low” crooner definitely had a good year as he got nominated and won several prestigious awards.
To celebrate and end the year on a good note, the self acclaimed “Odogwu” got himself a Richard Millie wristwatch.
Watch video as shared by the ‘African Giant’ below;