“I Can Never Run For A Political Office” – KWAM 1 Reveals


Wasiu said his decision to stay clear of political office was based on his hatred for “promise and fail” attitudes. 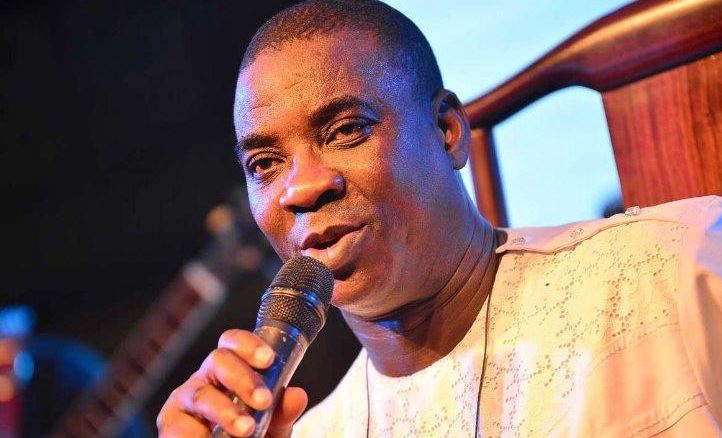 Wasiu Ayinde aka Kwam1, a veteran Nigerian Fuji artist on Thursday, disclosed that he can never run for any political office.

KWAM 1 who is the first Mayegun of Yoruba Land, made the declaration at an event, titled “FUJI-Opera”, held at Alliance Francaise, Mike Adenuga Centre, Victoria Island, Lagos.

Wasiu said his decision to stay clear of political office was based on his hatred for “promise and fail” attitudes.

He explained that he doesn’t want to make hefty promises to gain votes only to fail the electorates due to unforeseen factors.

Few months back, reports had claimed the Alaafin of Oyo is to strip off the title of Mayegun on KWAM 1.

The reports came after a petition was made by the Freelance and Independent Broadcasters Association, to that effect.

Wasiu Ayinde, KWAM 1 reportedly assaulted a broadcaster Wole Sorunke in Ogun State, leading to calls for him to be stripped off his title.

MC Murphy was allegedly beaten by Wasiu Ayinde and his boys on Thursday night at the 60th birthday of the Olu of Itori in Ewekoro Local Government Area of Ogun State, Oba Abdulfatai Akorede Akamo.