Chief Magistrate Auwal Yusuf-Suleiman, gave the order during an inspection of the Chalawa Industrial Area, in the Kano Metropolis. 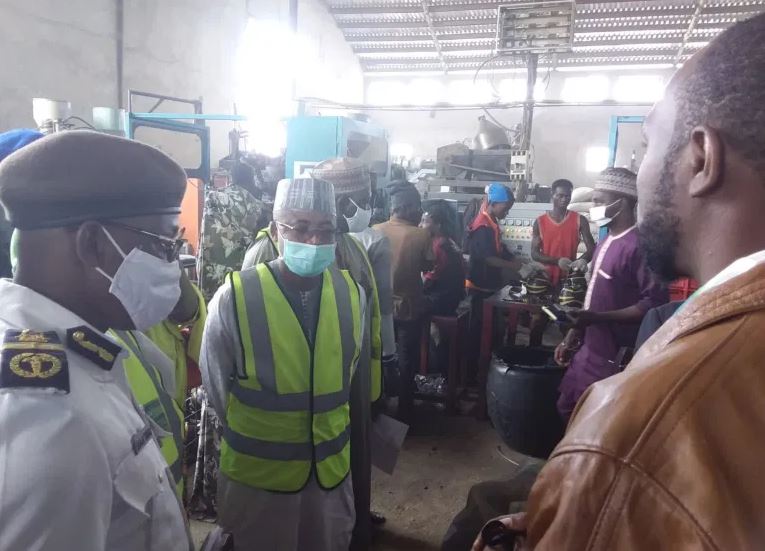 Two factories, NINA Plastics and Prosper Plastics Companies have been sealed by the Kano State Environmental Mobile Court, on Saturday.

They were sealed for not participating in the monthly environmental sanitation exercise.

Chief Magistrate Auwal Yusuf-Suleiman, gave the order during an inspection of the Chalawa Industrial Area, in the Kano Metropolis.

Yusuf-Suleiman said the factories operated within the stipulated environmental sanitation hours in contravention of sections 61 and 104 of the National Environmental Laws.

He ordered the factories to be sealed and imposed a fine of N500,000 each on them.

“The factories will re-open after complying with the law by tendering a written clearance from the State Ministry of Environment,“ he said.

Also speaking, Dr Kabiru Ibrahim-Getso, the Commissioner for Environment, said the affected companies were not among those exempted from the exercise.

Ibrahim-Getso said that some firms were exempted from participating in the exercise following the nature of their operations.

The commissioner commended the Kano State Road Traffic Agency for its proactive steps towards enforcing the environmental sanitation laws.

Also, the mobile court convicted no fewer than ten motorists and passengers for not participating in the environmental sanitation exercise.

Some of the areas monitored during the exercise included,  Zaria Road, Zoo Road, Western By-pass and Chalawa Industrial Area.