A shocking incident between two Nigerian musicians, Davido and Burna Boy has taken place inside a club in Ghana. 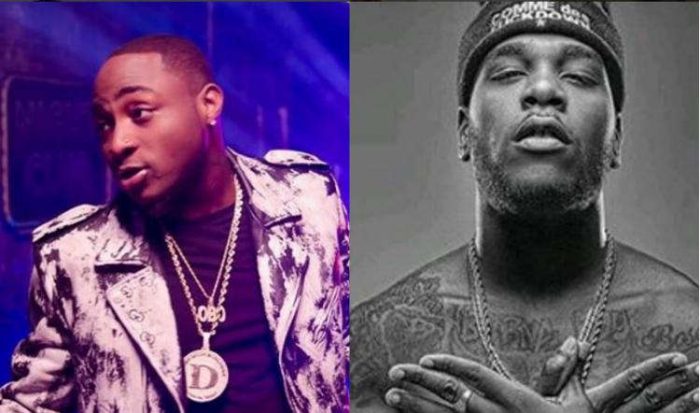 Davido and Burna Boy
Two Nigerian superstars, Davido and Burna Boy have reportedly brawled inside a club in Ghana.
Reports claimed that the two exchanged blows during a heated argument.
According to reports on Twitter, both artistes met each other at the club on Sunday night, December 27 and Burna Boy allegedly moved to Davido and threw the first punch after they had a heated argument.
Going by a viral video on Twitter, it appears reports may have some truth to it as it captured the moment an agitated man who resembles Davido shoved and pushed another man who looked like Burna Boy.
A Twitter user named @Emilyadusei wrote;
“So my night ended early because davido and burna boy didn’t know how to act 🤒🤒urgggg#go and do your beef in Nigeria not Ghana I beg
“Burna moved to davido”
@Chunswae wrote; “Ghanaians said keep your violence out of my country. I don’t blame them 😭”
Watch the video below: