Young Man Laments After His Shawarma Shop Was Robbed (Video)


The young man revealed that his machine and other equipment he used in making shawarma was carted away. 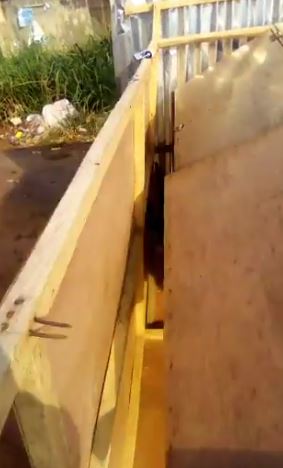 A Nigerian man took to Twitter to lament after his shawarma shop was burgled in Lagos State.

The young man identified as @officialbigshey revealed that his machine and other equipment he used in making shawarma was carted away.

Seyi said he is devastated after he came to his shop and saw the state of the place today, January 5th.

“Its just 5th of January, Who did hell did i offend

”I’m so devasted rn… Just yesterday it was the dust and today its theft. Whats this now God ”

However, the boy received helped from some Twitter users as they encouraged with funds to start up his shawarma business again.

God bless everyone of you for everything retweets, quotes & Gesture of support financially🙏😭😭😭😭

Over 70thousand Naira has been Received. This would definitely get both cylinder & the small griller🙏😭😭

Thank you so much to everyone who has in one way or another helped me https://t.co/wmoCWAlmRs