It was learnt that the hoodlums stormed the house around 3 p.m. on January 3, where they killed the deceased and burnt his house. 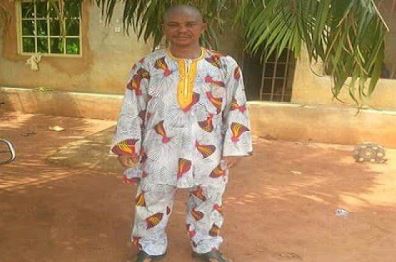 The deceased was reportedly murdered on January 3, 2021, after a protracted financial disagreement with a man identified as Omorogbe Okala.

The family of the 55-year-old man is currently seeking for justice over the gruesome murder of their breadwinner by the unknown thugs.

The Edo State Police Public Relations Officer, Chidi Nwabuzor, said the matter is being investigated by the Homicide Department in state Command.

“The matter is now with the Homicide Department of the Edo State Police Command for investigation,” Mr Nwabuzor said, when inquiries concerning the matter were made.

But a family friend, who identified himself as Andrew Oboigbe, told PREMIUM TIMES on Tuesday that the principal suspect, Mr Okala, stood in as a surety to one Edoghogho Otasowie who borrowed money from an association headed by the deceased since 2017.

Somewhere along the line, Mr Oboigbe continued, the borrower could not pay back the loan as agreed and the association had to fall back on the guarantor to retrieve their money.

According to Mr Oboigbe, in the course of attempting to retrieve the money, Mr Okala’s son took ill and eventually died, adding that the situation possibly led to a twist on the matter.

“The said Otasowie was unable to pay the money in full since 2017, a situation which made the leadership of the association to engage the guarantor for a refund. But recently, the son of the guarantor took ill.

“We learnt that the guarantor, Omorogbe Okala, met the now deceased in his house and threatened to kill him if his son dies. The said deceased, thereafter, wrote a petition to the Commissioner of Police for protection, but as the police were treating the petition of a threat to life, the guarantor’s son died.”

Mr Oboigbe said possibly irked with the death of his son, the guarantor, Mr Okala, who is now at large, allegedly mobilised some persons to attack the deceased in his house in Ehen quarters.

He said he learnt that the hoodlums stormed the house around 3 p.m. on January 3, where they killed the deceased and burnt his house.

“When they came, we were told that several gunshots were fired into the man but there was no penetration. They then allegedly tied him in a moving vehicle and dragged him on the floor till he died. His mutilated body was then dumped in a flooded pit in the area,” he said.

Mr Oboigbe alleged after killing the 55-year-old man, the hoodlums returned to his house to destroy every property before setting it ablaze. 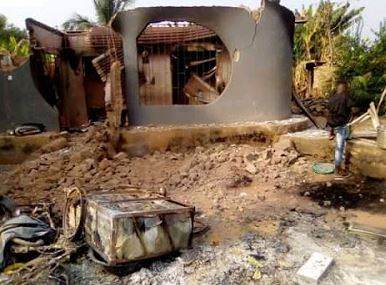 “The house of the deceased was completely burnt down by the irate persons,” he said.

He said that the children of the deceased are calling for justice for their late father.