The veteran actress, who hailed from Olla in Kwara State, died at 60 in her home in Ibadan, the Oyo State capital. 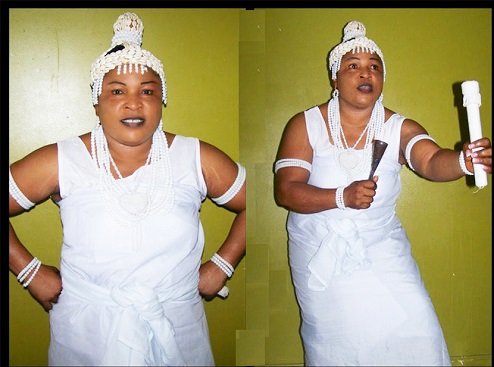 The news of her death, which threw the theatre industry into sadness, was confirmed by a family source.

The veteran actress, who hailed from Olla in Kwara State, died at 60 in her home in Ibadan, the Oyo State capital.

The news of her demise was also confirmed by the President of the Theatre Arts and Motion Pictures Practitioners Association of Nigeria (TAMPAN), Mr. Bolaji Amusan, popularly known as Pa Latin.

Her death occurred four months after the demise of her ex-husband, Jimoh Aliu, popularly called Aworo, under whose tutelage she rose to prominence in the film industry.

Circumstances leading to her death could not be confirmed at press time.

Veteran Nollywood actor Jide Kosoko and another actor, Yemi Shodimu, yesterday mourned Orisabunmi. They hailed her contributions to the development of the entertainment industry.

Adebayo Salami, popularly called “Oga Bello”, who became emotional, said: “Please, I am sorry, I cannot comment now, it is a painful loss.”

Kwara State Governor AbdulRahman AbdulRazaq has described the death of Orisabunmi as the end of a glorious era in the theatre industry.

He said this yesterday in Ilorin in a statement by his Chief Press Secretary, Rafiu Ajakaye.

“The governor joins the rest of the country, especially Kwara people, to mourn the death of the great Orisabunmi, who was one of the prides of the state on the continental artistic stage.

“He recalls her exploits in the 1980s through early 2000s, when she beautifully depicted the great African subculture in the Yoruba movie industry.

“Her pacifist roles and the bravery she exuded in most of her appearances were quite legendary and will be sorely missed,” the statement quoted AbdulRazaq as saying.