It was gathered that the gunmen opened fire on the vehicle and then shot Oga and his wife, who was sitting in the front seat with him. 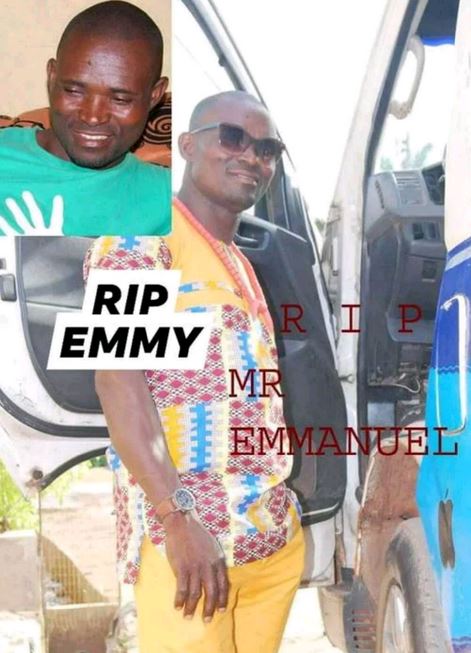 Gunmen shot a driver identified as Emmanuel Oga and his pregnant second wife along Lagos-Ibadan Expressway.

Oga's friend, Testimony Joel Odeh, who confirmed the incident on Tuesday, January 12, 2021, said it happened at Ogere, in the Remo area of Ogun State, off the Lagos-Ibadan highway.

It was gathered that the gunmen opened fire on the vehicle and then shot Oga and his wife, who was sitting in the front seat with him.

According to Mr Odeh, after killing the couple, the gunmen allegedly told the passengers in the vehicle that they only wanted the couple.

The remains of the couple have been deposited at the Sagamu General Hospital mortuary.

Meanwhile, some suspects have been reportedly arrested by Ogere Police Division in connection with the killings.

"My heart is broken.

This is one of the Igede best and experience Driver we ever had. Emmy.

He was shot dead along with his wife by unknown gun men at Ogere, Lagos-Ibadan expressway. Very sad.

The eyeswitness said the gunmen just went straight and shot him and his wife without any demands.

It was gathered that many people were in the bus with them but the gun men told the passengers that they mean no harm to the passengers but Emmanuel and his wife only and the gunmen departed immediately.

I learnt that investigation is in progress by the Ogere police command and Ogun state police force.

I wept again. This is one of my long time friend. We called each other on the 4th of this January while he was going to Benue. This one weak me.

Am heart broken again. But why?" 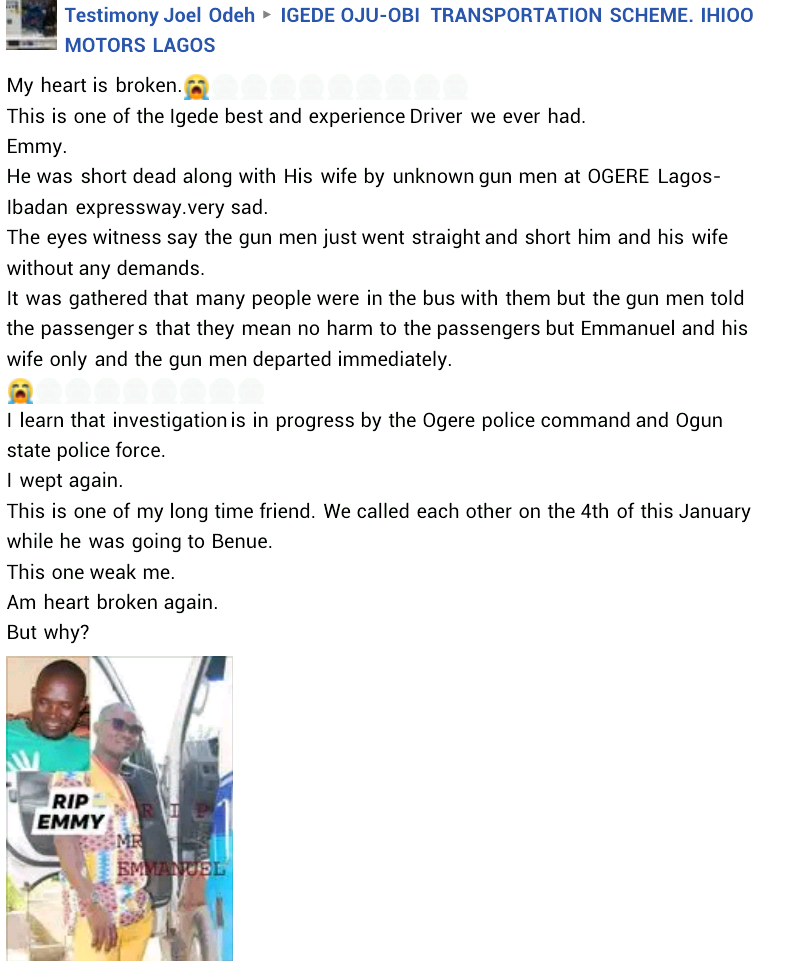