The 48-year-old man is currently on the run and wanted on a grand theft charge after allegedly committing the criminal act. 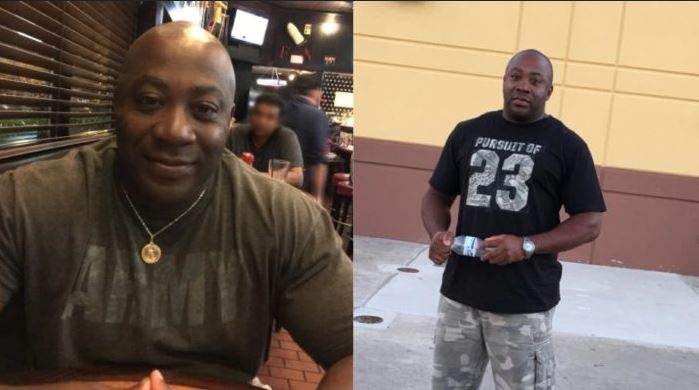 Joseph Davis, a man from the United States has been accused of stealing the old engagement ring belonging to his girlfriend to propose to his other lover.

The 48-year-old from Florida, is on the run and wanted on a grand theft charge after allegedly double dating two girlfriends he met on the dating site OK­Cupid.

Respite states that the man used “Joe Brown” as alias with one girlfriend, and “Marcus Brown” with the other.

The first Girlfriend, who has dated Davis since 2015, told investigators that she learned on Facebook that Davis, was engaged to the second woman.

But was shocked after she went to the second girlfriend’s Facebook page and saw her rival was wearing an engagement ring and wedding band identical to her own from a previous marriage.

She checked her jewelry box and found her rings and other items which caused about $6,270 missing.

The girlfriend contacted second woman and she also discovered she had been stolen from and they reported him to the police.

Her own laptop and jewelry was also missing after Davis moved out of her apartment, according to authorities.

The second woman also recalled Davis once taking her to the first girlfriend’s house in Orange City when ever she was at work.

Davis also told the second woman that the home was his and even asked her to move in there with him, she said.

The second girlfriend packed up her own apartment and was ready to move in, but then Davis told her the deal fell through.

The man has a previously has an active warrant in Oregon for a hit-and-run crash, domestic assault and possession of cocaine.

A brother of the second woman shared the post on Facebook as he revealed that his family are been threatened by the man.

“Please everyone share this. My sister is the victim in Orland [sic] that was proposed to. He is now making threats to our family.”